Here are "The Babysitter" movie trailer, plot summary, full cast and characters, release date and everything we know so far.

Is there a trailer for The Babysitter movie? 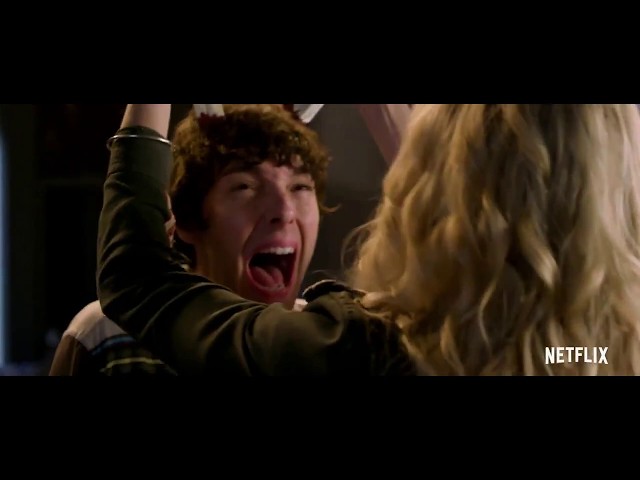 What is The Babysitter movie plot?

Here is a short review of "The Babysitter" movie plot summary.

Pre-teen student Cole (Judah Lewis) is bullied by his neighbor Jeremy (Miles J. Harvey), but his babysitter Bee (Samara Weaving), who is one of his only two friends, stands up for him and scares Jeremy off. The following day, when his parents go out for an overnight stay at a hotel, Bee and Cole spend quality time together until he has to go to bed. Bee offers him some liquor to drink, but he secretly pours it out when she is not looking.
Cole is encouraged by a text from his neighbor and other friend Melanie (Emily Alyn Lind) to go see what Bee gets up to after he goes to sleep. He sees Bee and several of her high school friends (Max (Robbie Amell), John (Andrew Bachelor), Allison (Bella Thorne), Sonya (Hana Mae Lee), and Samuel) playing a game of truth or dare formatted as a game of spin the bottle. However, as Bee kisses Samuel (Doug Haley) on a dare, she pulls two daggers from behind her back and stabs him in the skull. The others collect Samuel's blood, revealing themselves to be members of a demonic cult. Cole hurries to his room where he calls 911, puts on his shoes, and finds his pocket knife. He pretends to be asleep as Bee and the cult members enter his room to draw a sample of his blood. After they leave, he tries to escape out the window, but Bee secretly hides in his room and waits until Cole passes out from the exhaustion and loss of blood.
Bee and her cult question Cole, while fending off his questions by saying they needed his blood for a science project. When two cops arrive, Max kills one of them with a poker, but the other cop accidentally shoots Allison in the chest before Bee slits his throat. Cole is forced to give the cult the police code to call off the other cops. While Allison complains about being shot, Cole rushes up the stairs; John pursues him, but is pushed over the banister, landing on a trophy that impales his neck.

Who plays who in the The Babysitter movie?

Here is the full cast and characters of "The Babysitter" movie. Actors and actresses are sorted mostly in credits order.

When is The Babysitter movie release date?

"The Babysitter" movie release date was scheduled to be on October 13, 2017 (United States) distributing by Netflix and Warner Bros..

What are The Babysitter filming details?

What are critics and audiences saying about The Babysitter movie?

"The Babysitter" movie got high rating from critics. IMDB rating is 6.3/10. Rotten Tomatoes rating is 72/100. The audience also kinda likes the film.

More information and reviews on "The Babysitter" movie you can get on the following websites.

The Babysitter on IMDB is available at:

The Babysitter on Wikipedia is available at: