Watch the official trailer for "The Kissing Booth 2" 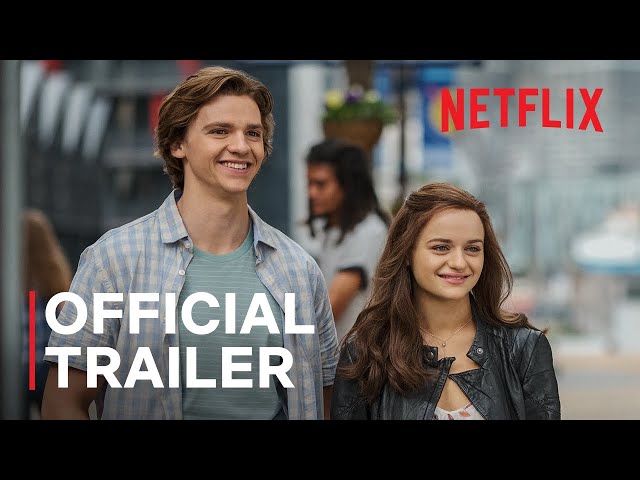 What is "The Kissing Booth 2" about?

The film starts with Elle (Joey King) narrating her time with Noah before he leaves for Harvard. Her senior year starts with her classmates gossiping how she and Noah will eventually break up, making her fear elevate as Noah has befriended an attractive girl named Chloe (Maisie Richardson-Sellers) on Instagram. Elle and Lee (Joel Courtney) are planning the kissing booth again for the Charity Fair, while Lee is trying to convince Elle to have Marco Peña (Taylor Zakhar Perez), the attractive new transfer student, also known as the new "Noah Flynn" be one of the kissers. Elle beats Marco on the dancing game, forcing him to participate in the booth. Noah suggests Elle apply to Harvard, which clashes with her plans to study at University of California, Berkeley with Lee (where their moms met and became friends). Elle does it without telling Lee.
Elle visits Noah in Boston, meeting his new friends and Chloe, making her more insecure. She finds an earring below Noah's bed, making her angry and confronting Noah, who assures her nothing has happened between him and Chloe and asking her to trust him. Elle talks with her father about college tuition and learns money is a problem, and is willing to participate with Lee on a dance competition with a cash reward for first place. Lee has an accident on one of their practice sessions (later revealed to be fake) and proposes that Marco become her dance partner, which she isn't too happy to accept but eventually does. As Marco and Elle start passing time together they grow closer, and an attraction between them initiates.

Who's in the "The Kissing Booth 2" cast?

Here is the full cast and characters of "The Kissing Booth 2".

When is "The Kissing Booth 2" released in cinemas?

What are "The Kissing Booth 2" film specifications?

The duration of the film is 131 minutes.

What are critics and audiences saying about "The Kissing Booth 2"?

Other sites about "The Kissing Booth 2"

More information about "The Kissing Booth 2" you can get at: