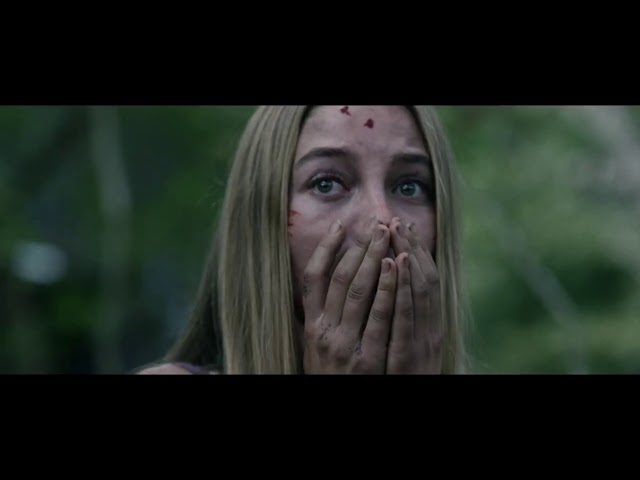 A group of friends from New Jersey, Jen Shaw (Charlotte Vega), her boyfriend Darius (Adain Bradley), and couples Adam (Dylan McTee) and Milla (Emma Dumont) and Gary (Vardaan Arora) and Luis (Adrian Favela), travel to a small town in rural Virginia before hiking the Appalachian Trail. Several local residents, including a man named Nate, warn them against venturing off the marked trail. Jen briefly meets a strange woman, Edith (Daisy Head), and a young mute girl, Ruthie (Rhyan Elizabeth Hanavan), before the group begins their hike. Several hours into the trip, Gary is crushed and killed by a rolling tree trunk. Lost and distressed, the remaining friends set up camp for the night. The following day, the group discovers that Milla is missing as well as their cellphones. Nearby, they find a plaque dated 1859 commemorating the creation of a group of settlers in the mountains called the "Foundation" who believed the end of the United States was near.
While looking for Milla, Adam is caught in a trap. Shortly after, the group finds Adam restrained and being carried by two men donned in primitive clothing and wearing elk and deer skulls. After confronting the men, Adam escapes and kills the man with the elk skull. Moments later, Milla appears and reveals she was hiding after encountering the men earlier. The group attempts to flee but is surrounded by more mask-wearing men. While chasing after Adam, Milla falls into a pit and is impaled on sharpened tree branches. Adam abandons her before she is killed by an arrow shot by one of the masked men. The remaining group members - Jen, Adam, Darius, and Luis - are all captured.

Who plays who in the Wrong Turn movie cast?

The duration of the film is 109 minutes. The film grossed over $3.6 million.

"Wrong Turn" movie is rated "R", according to the MPAA film rating system.

What are critics and audiences saying about Wrong Turn movie?