Is there a trailer for Booksmart movie?

Annapurna Pictures on Monday, May 20, 2019 released the trailer for "Booksmart" you can watch here:
BOOKSMART | Final Restricted Trailer. 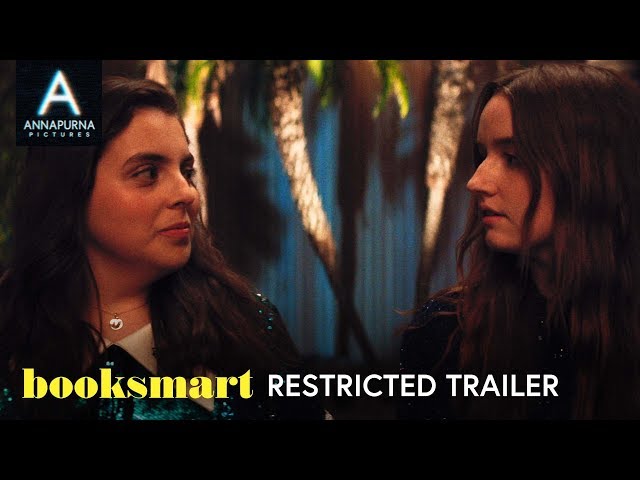 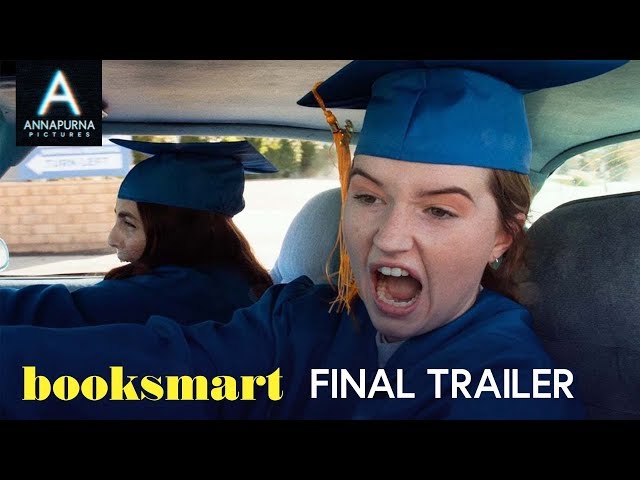 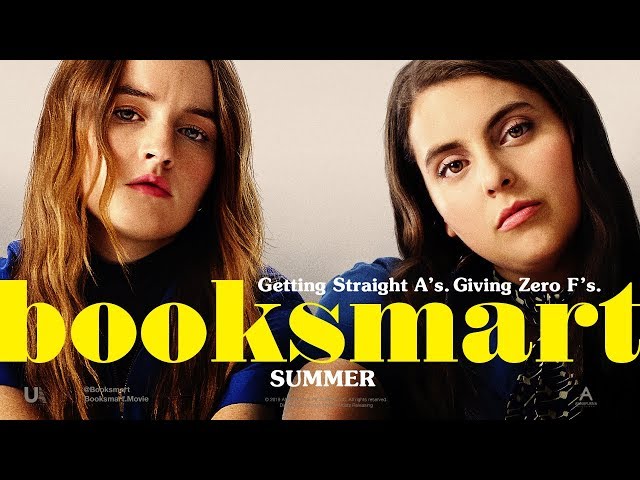 What is Booksmart movie plot?

Here is a short review of "Booksmart" movie plot summary.

High school seniors Amy (Kaitlyn Dever) and Molly (Beanie Feldstein), longtime best friends, are accomplished but considered pretentious by their peers. Amy is out and has a crush on a girl named Ryan (Victoria Ruesga). Molly urges her to pursue the relationship before they graduate. On the eve of graduation, Molly confronts classmates insulting her bookishness in the bathroom, telling them she got into Yale. However, they reveal despite their partying, they too got into prestigious colleges and job recruitments. Furious, Molly tells Amy they should have enjoyed their time in high school more. She proposes they go to a graduation party held by classmate Nick (Mason Gooding), and Amy reluctantly agrees.
Not knowing the party's address, Molly calls Jared (Skyler Gisondo), a wealthy classmate who likes her. He instead brings them to his own party aboard a yacht. Only his drug-crazed friend Gigi (Billie Lourd) is there, who feeds the girls strawberries before jumping off the yacht. Amy suggests they go home, but Molly calls a "Malala", their code for unconditionally supporting what the other wants to do.
The girls call a Lyft and are shocked to be picked up by their principal, Jordan Brown. To prepare Amy for potential sex with Ryan, Molly insists they watch pornography, which accidentally plays through the car speakers. Brown drops them off at what they think is Nick's aunt's house but it turns out to be their classmate George's home, who is hosting a murder mystery party. They encounter Gigi, who reveals that the strawberries were laced with powerful hallucinogenic drugs. Amy and Molly experience a bad trip and hallucinate they are plastic fashion dolls. They escape George's house, but Gigi reveals Molly secretly likes Nick.

Who plays who in the Booksmart movie cast?

Here is the full cast and characters of "Booksmart" movie. Actors and actresses are sorted mostly in credits order.

When is Booksmart movie release date?

What are Booksmart filming details?

The duration of the film is 105 minutes. With a budget of $6 million, the film grossed over $25 million.

"Booksmart" movie is rated "R", according to the MPAA film rating system.

Principal photography began in May 2018 around the San Fernando Valley.

What are critics and audiences saying about Booksmart movie?

"Booksmart" movie got high rating from critics. IMDB rating is 7.2/10. Rotten Tomatoes rating is 96/100. Audiences polled by CinemaScore gave the film an average grade of "B+" on a scale ranging from A+ to F.

More information and reviews on "Booksmart" movie you can get on the following websites.

Booksmart on IMDB is available at:

Booksmart on Wikipedia is available at: