Here are "Let It Snow" movie trailer, plot summary, full cast and characters, release date and everything we know so far.

Is there a trailer for Let It Snow movie?

Netflix on Tuesday, October 22, 2019 released the trailer for "Let It Snow" you can watch here:
Let It Snow | Official Trailer | Netflix. 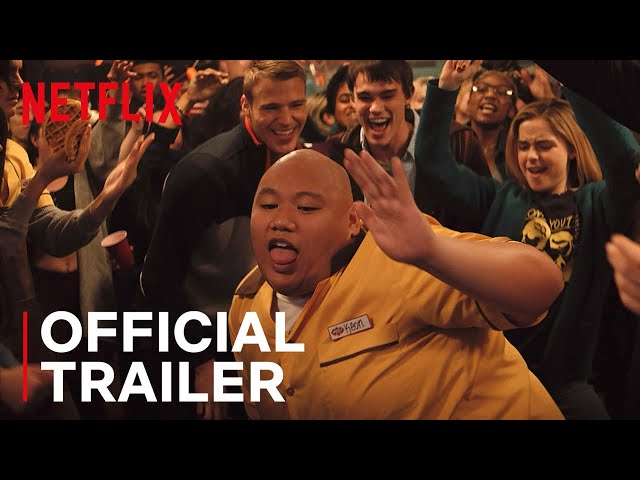 What is Let It Snow movie plot?

Here is a short review of "Let It Snow" movie plot summary.

On Christmas Eve in Laurel, Illinois, Julie Reyes (Isabela Merced) runs into rising pop star, Stuart Bale (Shameik Moore), on a train. He mistakes her as paparazzi when she tries to return his phone to him, to which she takes offense, despite his apologies. After the train is stopped by snowed over tracks, Julie gets off to walk home, Stuart joins and offers lunch at a local diner called Waffle Town. She reluctantly agrees and also saves Stuart from a group of fan girls cheerleaders. She reveals to Stuart she got accepted to Columbia University in New York and her mom is also deathly sick, but if she delays leaving, she will lose the scholarship. The pair goes sledding and meet Julie's mom, Debbie (Andrea de Oliveira). They go back to Julie's house where Stuart is introduced to Julie's grandpa and they bond over Mick Jagger. Everyone dances to one of his songs. While dancing, Debbie throws a coughing fit, causing Julie concern. Stuart offers to get Julie a nurse for her mom, offending Julie. Stuart dismisses her concerns, stating he offered it cause he cares about Julie. The two almost kiss before Stuart's publicist shows up to take him back to his hotel. Stuart asks Julie to come with him, but she declines, feeling a need to stay with her mom.
Across town, Waffle Town employee, Dorrie (Liv Hewson), tries to juggle her best friend, Addie (Odeya Rush), who is worried that her boyfriend is going to break up with her, and Kerry (Anna Akana), a cheerleader she hooked up with. Kerry visits the diner with her friends and pretends not to know Dorrie; Addie makes a scene with her boyfriend in the diner. Dorrie tries to calm Addie down, but she storms off. Later, Dorrie and Kerry meet in the bathroom and kiss passionately. Dorrie tells Keon (Jacob Batalon) that Kerry will probably be at the party. Meanwhile, Tobin (Mitchell Hope) plans to tell his best friend, Angie (Kiernan Shipka), nicknamed The Duke, that he likes her. The two are invited to a party by Duke's friend, JP, who Tobin sees as competition. The three end up stealing the keg from the party and end up in a ditch. They wait for the tow truck in a nearby church where Duke has Tobin play "Whole of the Moon", but when JP and Duke start dancing together, Tobin leaves. Duke attempts to talk to Tobin about it, who brushes her off, angering her.

Who plays who in the Let It Snow movie?

Here is the full cast and characters of "Let It Snow" movie. Actors and actresses are sorted mostly in credits order.

When is Let It Snow movie release date?

"Let It Snow" movie release date was scheduled to be on November 8, 2019 (United States) distributing by Netflix.

What are Let It Snow filming details?

"Let It Snow" movie is rated "PG-13", according to the MPAA film rating system.

Principal photography began in February 2019 in Toronto and Millbrook, Ontario.

What are critics and audiences saying about Let It Snow movie?

More information and reviews on "Let It Snow" movie you can get on the following websites.

Let It Snow on IMDB is available at:

Let It Snow on Wikipedia is available at: