Here are "Acts of Violence" movie trailer, plot summary, full cast and characters, release date, streaming services and everything we know so far.

Is there a trailer for Acts of Violence movie? 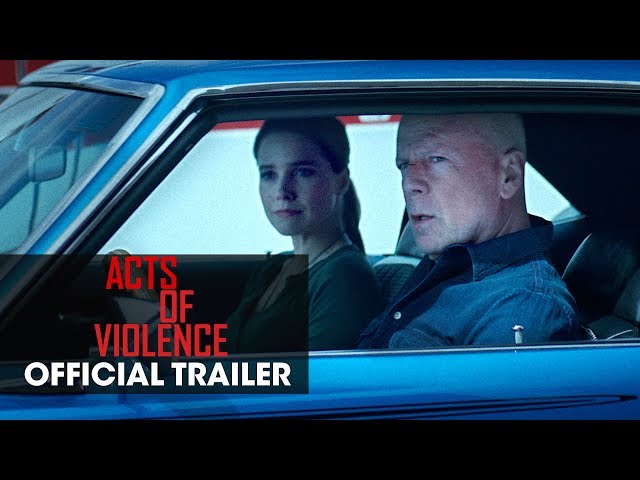 What is Acts of Violence movie plot?

Here is a short review of "Acts of Violence" movie plot summary.

The film focuses on the lives of the McGregor brothers. Out of them, Deklan (Cole Hauser) and married Brandon (Shawn Ashmore), both have served in the military, due to which, they have an expertise in weaponry. The youngest among them, Roman (Ashton Holmes), is engaged to his childhood flame, Mia (Melissa Bolona), who are about to get married. While Deklan is traumatized by his past and Brandon has a family to look after, Mia and Roman try to have a good time by partying away their last few days of bachelordom. During one of her bachelorette parties, Mia ends up pissing off two small-time thugs, Vince (Sean Brosnan) and Frank (Rotimi), both of whom work as sex traffickers for a local kingpin named Max Livingston (Mike Epps). After being insulted by Mia, Vince and Frank abduct her from the club and take her to their boss as a special offering.
In the meantime, Detective James Avery (Bruce Willis) relentlessly tries to collect evidence against Max Livingston but fails to find anything legit. Adding to this, the existing corruption in the higher hierarchies of the police department keeps his hands tied.
Before getting abducted, Mia was dropping a voice note for Roman. That's how Roman figures out that she's in trouble. Realizing that his brother's military experience could come in handy, Roman calls Deklan and asks him for help. Deklan first makes a 911 call and then tries to raid a home in which he suspects Mia is being kept. Unfortunately for him, Mia is nowhere to be found, and the three brothers land themselves in some serious trouble for breaking several laws. This leads them to Avery, who promises them that he'll help them rescue their sister and even warns them to stay out of the case. But Deklan refuses to comply with the request of the detective. As a result, the three brothers deck themselves into military-grade vests and weapons and set out to save Mia.

Who plays who in the Acts of Violence movie cast?

Here is the full cast and characters of "Acts of Violence" movie. Actors and actresses are sorted mostly in credits order.

When is Acts of Violence movie release date?

What are Acts of Violence filming details?

"Acts of Violence" movie is rated "R", according to the MPAA film rating system.

What are critics and audiences saying about Acts of Violence movie?

"Acts of Violence" movie got average rating from critics. IMDB rating is 5.3/10. The audience dislikes the film either.

More information and reviews on "Acts of Violence" movie you can get on the following websites.

Acts of Violence on IMDB is available at:

Acts of Violence on Wikipedia is available at: