Here are "My Little Pony: The Movie" Movie trailer, plot summary, full cast and characters, release date and everything we know so far.

Watch the official trailer for My Little Pony: The Movie. 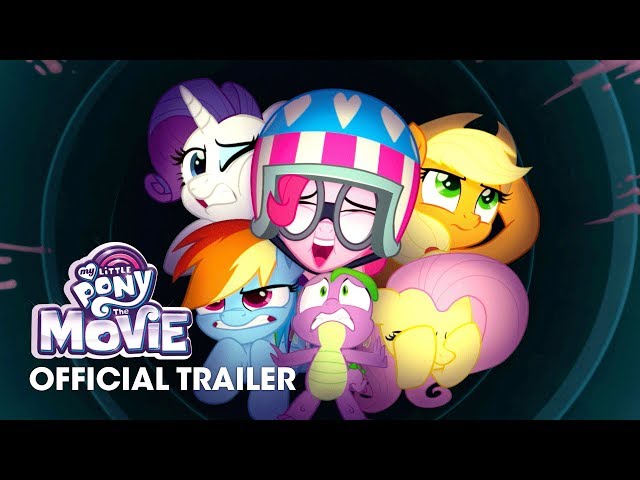 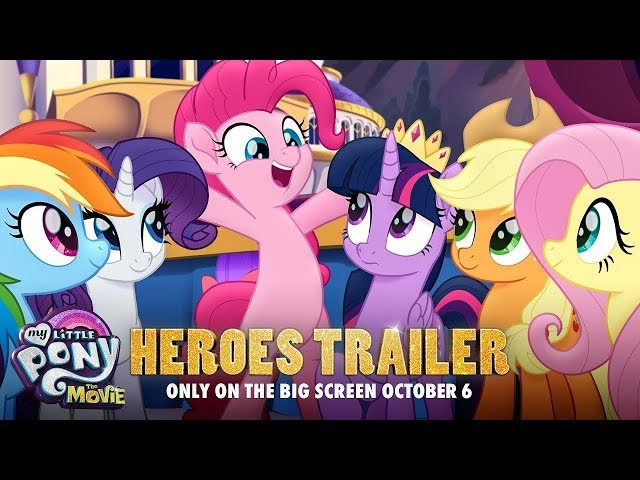 What is My Little Pony: The Movie plot?

Here is a plot summary for "My Little Pony: The Movie" Movie.

The ponies of Equestria prepare for their first Friendship Festival, overseen by Princess Twilight Sparkle (Tara Strong) in Canterlot. The festivities are interrupted by an invasion of monsters commanded by the unicorn Tempest Shadow (Emily Blunt), who is under orders from the Storm King (Liev Schreiber) to capture Equestria's princesses for him to harness their magic in exchange for restoring her broken horn. Twilight escapes being petrified by Tempest's magical orbs after Princess Celestia (Nicole Oliver) gives Princess Luna incomplete instructions to seek help from "the queen of the hippo" beyond Equestria. Joined by her friends Pinkie (Andrea Libman) Pie, Rainbow (Ashleigh Ball) Dash, Rarity (Tabitha St. Germain), Applejack, Fluttershy, and Spike (Cathy Weseluck), Twilight sets out to find the "hippos".
Twilight and her friends travel to the desert city of Klugetown, where a feline con artist named Capper (Taye Diggs) offers to escort them, secretly intending to sell them to settle a debt. As Capper begins to develop a genuine friendship with them, Twilight discovers an atlas that reveals the "hippos" to be hippogriffs, exposing Capper's treachery. When Tempest arrives in pursuit of Twilight, the group evades her aboard a delivery airship run by birdlike pirates, whom Rainbow Dash persuades to take them to the hippogriffs' kingdom on Mount Aris. In a moment of over-excitement, Rainbow Dash performs a Sonic Rainboom that inadvertently gives their location away to Tempest, forcing the group to reach Mount Aris in a makeshift hot air balloon.
While exploring the hippogriffs' deserted kingdom, the ponies are saved from drowning in an underwater cavern by the seapony Princess Skystar (Kristin Chenoweth), who leads them to her undersea home of Seaquestria. Skystar reveals her kind to be the hippogriffs, transformed by a magic pearl used by her mother, Queen Novo (Uzo Aduba), to hide from the Storm King. When Novo denies them the pearl to use against the Storm King, Twilight desperately attempts to steal it while letting her friends unknowingly distract the sea ponies. Her plan backfires when she triggers an alarm before Pinkie can persuade Novo to give them the pearl, resulting in the entire group getting banished to the surface. After separating from her friends over an argument about their mistakes, Twilight is kidnapped by Tempest, who gains her sympathy upon revealing how the loss of her horn as a filly after an Ursa minor attack destabilized her magic and caused her own friends to shun her. Meanwhile, Spike alerts the ponies to Twilight's capture, and they return to Canterlot to rescue her with the help of Capper, the pirates, and Skystar.

Who's in the My Little Pony: The Movie cast?

Here is the full cast and characters of "My Little Pony: The Movie" Movie. Actors and actresses are sorted mostly in credits order.

When is My Little Pony: The Movie released in cinemas?

What are My Little Pony: The Movie filming details?

"My Little Pony: The Movie" Movie is rated "PG".

What are critics and audiences saying about My Little Pony: The Movie?

"My Little Pony: The Movie" Movie got average rating from critics. IMDB rating is 6.1/10. Rotten Tomatoes rating is 46/100. But the audience likes the film. Audiences polled by CinemaScore gave the film an average grade of "A-" on a scale ranging from A+ to F.

More information and reviews on "My Little Pony: The Movie" Movie you can get on the following websites.

My Little Pony: The Movie on IMDB is available at:

My Little Pony: The Movie on Wikipedia is available at: