Here are "Mom and Dad" movie trailer, plot summary, full cast and characters, release date, streaming services and everything we know so far.

Is there a trailer for Mom and Dad movie?

Momentum Pictures on Thursday, December 28, 2017 released the trailer for "Mom and Dad" you can watch here:
Mom and Dad - Official Trailer. 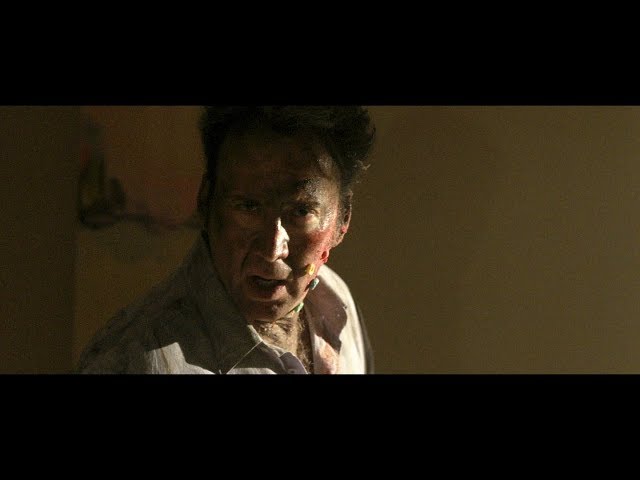 What is Mom and Dad movie plot?

Here is a short review of "Mom and Dad" movie plot summary.

The film begins with a mother putting on music for her child as she sets her car on railroad tracks and leaves the child in the car to die.
The Ryans are a family of four with a strained relationship. Brent (Nicolas Cage), the father, does not approve of his daughter Carly's new boyfriend Damon; Carly (Anne Winters) considers her mother Kendall (Selma Blair) out of touch, fights with her younger brother Josh (Zackary Arthur), and is currently upset about canceling plans with her boyfriend because her grandparents are visiting.
While Carly is at school, radios and TV screens suddenly start transmitting unexplained static. The effect is seen as the Ryans' housekeeper murders her own daughter in front of a terrified Josh and a mob of parents rushes to Carly's school to kill their children. However before they can, Carly sees one classmate being stabbed by his mother with her car keys after he scales a fence to reach her. Carly escapes with her friend Riley (Olivia Crocicchia), whose mother strangles her when the two girls reach Riley's house. Carly runs home in terror and finds Damon (Robert T. Cunningham), whose father earlier tried to kill him with a broken bottle but accidentally cut his own throat. Telling Carly that the parents only want to kill their own kids, Damon accompanies Carly into the house to get Josh somewhere safe.
Kendall goes to the hospital where her sister Jeannie is giving birth, but the static transmits just afterward, causing her to attempt to kill her newborn daughter as Kendall tries to save her. Kendall escapes the hospital after seeing television reports of the mass hysteria: the static compels parents to slaughter and harm their children. Kendall heads home to protect her own children.

Who plays who in the Mom and Dad movie cast?

Here is the full cast and characters of "Mom and Dad" movie. Actors and actresses are sorted mostly in credits order.

When is Mom and Dad movie release date?

What are Mom and Dad filming details?

"Mom and Dad" movie is rated "R", according to the MPAA film rating system.

What are critics and audiences saying about Mom and Dad movie?

"Mom and Dad" movie got high rating from critics. IMDB rating is 5.5/10. Rotten Tomatoes rating is 75/100. But the audience dislikes the film.

More information and reviews on "Mom and Dad" movie you can get on the following websites.

Mom and Dad on IMDB is available at:

Mom and Dad on Wikipedia is available at: