Here are "A Prayer Before Dawn" movie trailer, plot summary, full cast and characters, release date, streaming services and everything we know so far.

Is there a trailer for A Prayer Before Dawn movie? 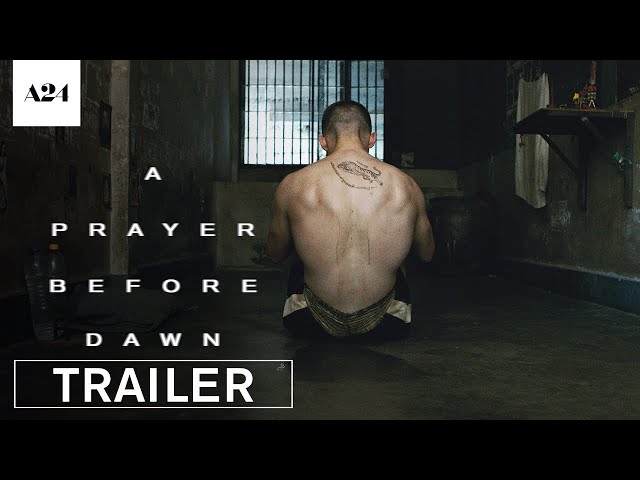 What is A Prayer Before Dawn movie plot?

Here is a short review of "A Prayer Before Dawn" movie plot summary.

Billy Moore (Joe Cole), a young British boxer and troubled heroin addict, is arrested in Thailand and charged with possession of stolen goods and a firearm. Incarcerated into Klong Prem prison, he is quickly subjugated to the horrors of Thai prison life, including being moved into a crowded mass cell ruled by cell boss Keng (Panya Yimmumphai), forced to sleep next to a corpse and witnessing at knifepoint the rape of a fellow inmate. Billy's experiences with the other prisoners and personnel are tense, at one point going into a violent frenzy and biting into the neck of a corrections officer after being refused painkillers. Following his punishment, he attempts to befriend transgender prisoner Fame (Cherry Miko). Life in prison worsens for Billy, and he retreats into heavy drug abuse; he subsequently beats two Muslim chefs half to death after being bribed ya ba by a corrupt corrections officer.
Billy's psyche finally breaks, and he attempts suicide by slitting his wrist, though he survives. With a desperate need to fight again and battle his demons, he eventually joins the boxing team with the help of Fame, with whom he later develops a romance. Billy quickly adapts to the art of Muay Thai and wins his first bout in a close back-and-forth brawl. Impressed by his performance, prison warden Officer Preecha (Vithaya Pansringarm) has him transferred into the boxing team cell, being the first foreigner to compete in the national Muay Thai tournament and represent the prison. There he soon develops a camaraderie with the other boxers, receiving a tattoo on his back. However, he is ambushed by Keng and his gang, who threaten him with a pin prick attack if he loses the tournament. Even worse, it is established that Billy is suffering from a hernia due to his drug abuse, and any subsequent damage could result in severe internal bleeding. Regardless, he still desires to compete. The resulting match is gruelling for Billy, as he takes multiple shots to his stomach and is also fouled by his opponent. However, he manages to knock his opponent out with a spinning back elbow and wins the fight using what he learned. Despite the victory, the physical trauma is too much, and Billy ends up vomiting blood and passing out.

Who plays who in the A Prayer Before Dawn movie cast?

Here is the full cast and characters of "A Prayer Before Dawn" movie. Actors and actresses are sorted mostly in credits order.

When is A Prayer Before Dawn movie release date?

What are A Prayer Before Dawn filming details?

"A Prayer Before Dawn" movie is rated "R", according to the MPAA film rating system.

What are critics and audiences saying about A Prayer Before Dawn movie?

"A Prayer Before Dawn" movie got high rating from critics. IMDB rating is 6.8/10. Rotten Tomatoes rating is 92/100. The audience also likes the film.

More information and reviews on "A Prayer Before Dawn" movie you can get on the following websites.

A Prayer Before Dawn on IMDB is available at:

A Prayer Before Dawn on Wikipedia is available at: