Here are "The Farewell" movie trailer, plot summary, full cast and characters, release date, streaming services and everything we know so far.

Is there a trailer for The Farewell movie? 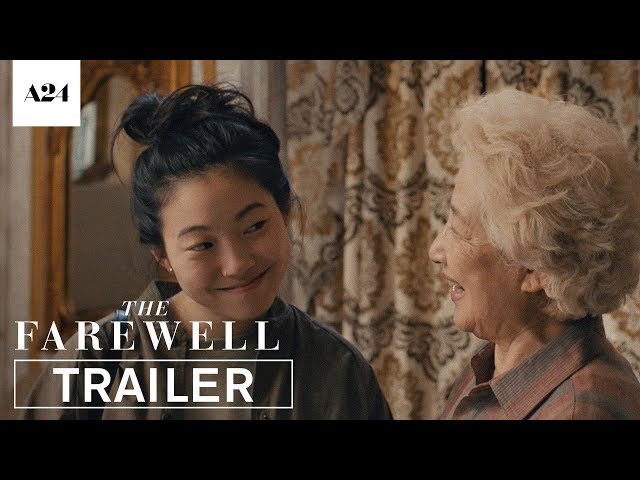 What is The Farewell movie plot?

Here is a short review of "The Farewell" movie plot summary.

Aspiring Chinese-American writer Billi (Awkwafina) maintains a close relationship with Nai Nai (Shuzhen Zhao) who lives in Changchun, China. After receiving a rejection letter for a Guggenheim Fellowship, Billi discovers from her parents, Haiyan (Tzi Ma) and Jian, that Nai Nai has been diagnosed with terminal lung cancer, and is predicted to have only a few months left to live.
Through deception and manipulation of medical test results, the diagnosis is kept a secret from Nai Nai herself. Nai Nai is, instead, falsely told that her recent doctor visits have only revealed benign findings. A wedding for Billi's cousin from Japan, Hao Hao (Han Chen), has been planned in China as an excuse to unite the family to spend what is expected to be one last time with Nai Nai. Fearing Billi will end up exposing the lie to her grandmother, Haiyan and Jian tell her to remain in New York City.
Billi disobeys her parents' orders and flies to Changchun shortly after the rest of the family arrive there. Billi assures her parents that she will not reveal the cancer diagnosis to Nai Nai. Throughout the trip, however, she clashes with the rest of the family over their deliberate dishonesty towards her grandmother. Guilt-ridden, Billi expresses conflicted thoughts with her parents over the Chinese cultural beliefs that result in a family refusing to disclose a life-threatening disease. One night, her uncle, Haibin, contends that the lie allows the family to bear the emotional burden of the diagnosis, rather than Nai Nai herself - a practice of collectivism that Haibin acknowledges differs from the individualistic values common in Western culture. Billi later learns that Nai Nai also told a similar lie to her husband up until his death when he was terminally ill.

Who plays who in the The Farewell movie cast?

Here is the full cast and characters of "The Farewell" movie. Actors and actresses are sorted mostly in credits order.

When is The Farewell movie release date?

What are The Farewell filming details?

"The Farewell" movie is rated "PG", according to the MPAA film rating system.

What are critics and audiences saying about The Farewell movie?

More information and reviews on "The Farewell" movie you can get on the following websites.

The Farewell on IMDB is available at:

The Farewell on Wikipedia is available at: