Here are "The Kitchen" movie trailer, plot summary, full cast and characters, release date, streaming services and everything we know so far.

Is there a trailer for The Kitchen movie?

Warner Bros. Pictures on Tuesday, July 16, 2019 released the trailer for "The Kitchen" you can watch here:
THE KITCHEN - Final Trailer. 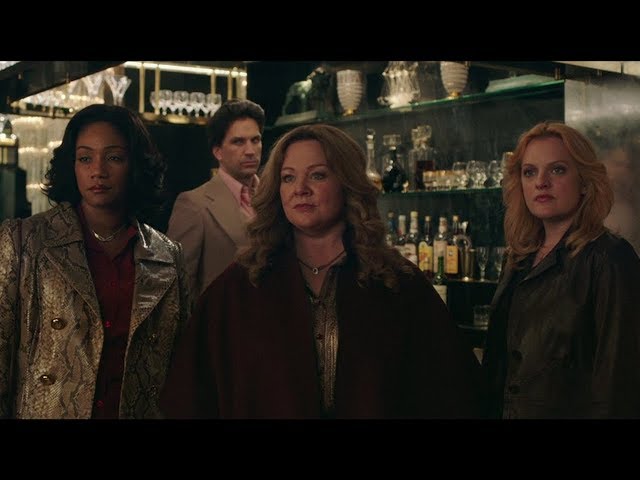 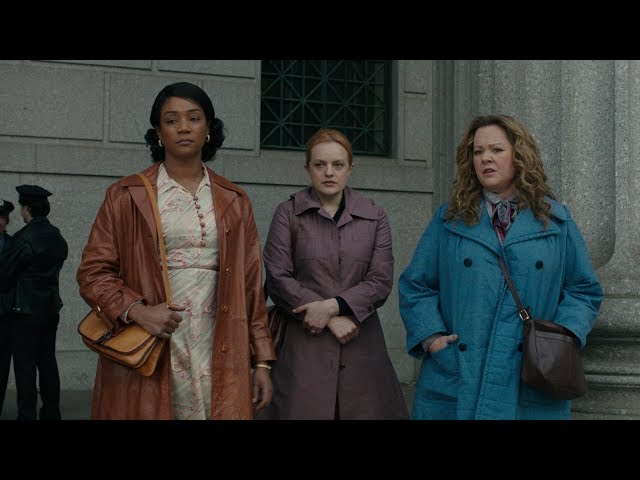 What is The Kitchen movie plot?

Here is a short review of "The Kitchen" movie plot summary.

In Hell's Kitchen 1978, three women are married to members of the O'Carroll crime family. Kathy (Melissa McCarthy) is married to Jimmy, a kind man who is increasingly disillusioned with the mob; Ruby is married to Kevin, the son of boss Helen O'Carroll; and Claire (Elisabeth Moss) is married to Rob, who frequently beats and abuses her.
One night, the men are arrested in a sting by FBI agents and are each sentenced to three years in prison. Jack "Little Jackie" Quinn assumes Kevin's role in the family and assures the wives that they'll be cared for, but provides them barely enough to live on. When the women discover that many of the businesses that pay the family protection money are upset with Little Jackie forcing them to pay more, they persuade the owners to start paying them instead and provide other favors for their neighbors, making a profit and earning the respect of the community. Jackie finds out and confronts the women, but is subsequently assassinated by Gabriel O'Malley (Domhnall Gleeson), a disgraced Irish mob enforcer called in by Ruby. With Jackie out of the way and Gabriel backing them up, the women effectively control the family, while Gabriel and Claire begin a relationship.
After successfully "persuading" the local Jewish community to only hire Irish Union workers to construct their buildings, the women are ordered to meet with Alfonso Coretti (Bill Camp), the head of Brooklyn's Italian mafia who is furious with the Irish encroaching on his territory. He insists that they start dealing with him and reveals that their husbands are set to be released in four months, which they hadn't realized. Knowing that they are in a precarious position, Coretti says he'll support them and split control of the city in return for Italians getting construction jobs in Hell's Kitchen. The women agree knowing they have no other choice. Ruby subsequently shoots Helen dead in a rage when she learns that her mother-in-law disapproves of her being married to Kevin and would almost certainly force him to divorce her when he returns.

Who plays who in the The Kitchen movie cast?

Here is the full cast and characters of "The Kitchen" movie. Actors and actresses are sorted mostly in credits order.

When is The Kitchen movie release date?

What are The Kitchen filming details?

"The Kitchen" movie is rated "R", according to the MPAA film rating system.

What are critics and audiences saying about The Kitchen movie?

"The Kitchen" movie got average rating from critics. IMDB rating is 5.5/10. Rotten Tomatoes rating is 24/100. Audiences polled by CinemaScore gave the film an average grade of "B-" on a scale ranging from A+ to F.

More information and reviews on "The Kitchen" movie you can get on the following websites.

The Kitchen on IMDB is available at:

The Kitchen on Wikipedia is available at: