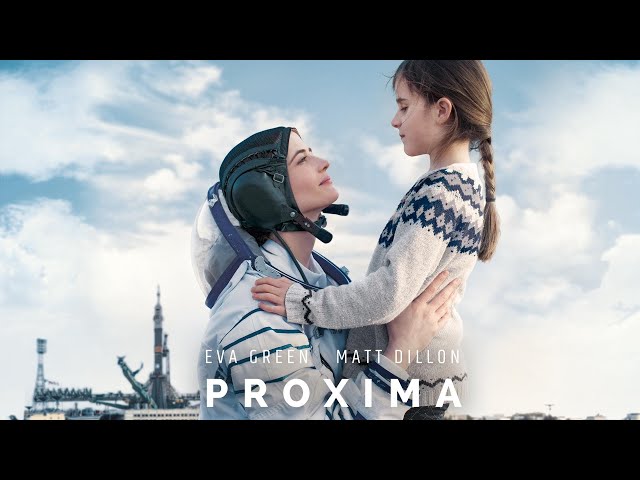 Sarah (Eva Green) is a French woman who has spent her life since infancy training to be an astronaut. She learns that she is a late addition to the Proxima crew, an International Space Station mission which will be the final precursor before a mission to Mars.
While Sarah is thrilled to be going she struggles with leaving Stella, her young daughter for whom she is the primary caregiver after separating from her spouse, Thomas (Lars Eidinger). Despite her worries, she leaves Stella with Thomas and prepares for her mission.
In addition to being a late comer to the mission Sarah is also the only woman on the Mars crew. She is met with open hostility by the American captain, Mike (Matt Dillon), who lets her know that he prefers the male substitute training to be her replacement. However Sarah gradually wins his respect as he watches her determination while training.
During training Stella is allowed to visit Sarah once. Sarah insists that special allowances be made to accommodate her daughter and allow them more time together. While the meeting initially goes well it ends badly as Stella becomes anxious and bored and runs away, once again causing friction between Sarah and Mike, who berates Sarah for her actions. The following day Stella leaves while Sarah is still sleeping.
Increasingly struggling with the emotional toll of leaving, Sarah is surprised when Mike attempts to cheer her up, telling her that it is impossible to be a perfect mother or astronaut and they are only human. Later, at the last meeting before Sarah and the other astronauts go into a two week quarantine before leaving for space Sarah is devastated when Stella and Thomas miss their flight and her last opportunity to see her daughter in person before leaving earth.

Who plays who in the Proxima movie cast?

"Proxima" movie is rated "PG-13", according to the MPAA film rating system.