Here are "Color Out of Space" movie trailer, plot summary, full cast and characters, release date, streaming services and everything we know so far. 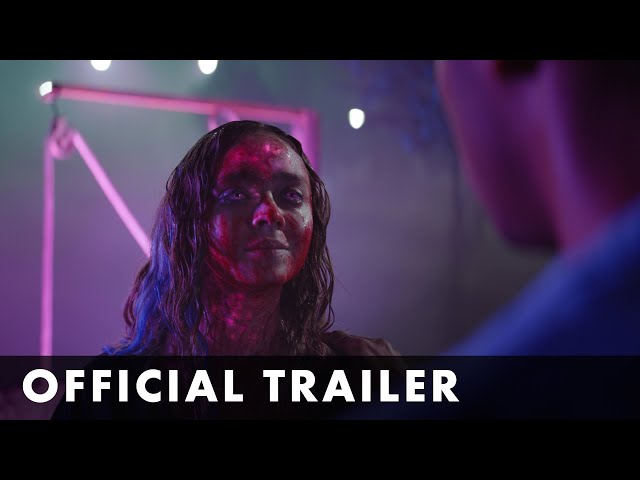 In the wake of his wife Theresa's mastectomy, Nathan Gardner (Nicolas Cage) moves his family, including children Lavinia (Madeleine Arthur), Benny, and Jack, to his late father's farm. One night, a brilliantly glowing meteor crash-lands in their front yard, briefly traumatizing Jack. The next morning, hydrologist Ward Phillips (Elliot Knight), who is surveying the area for a dam development, along with the mayor and the sheriff of the nearby town of Arkham, arrive to see the meteor. That night, during a storm, Nathan and Lavinia witness the meteor being struck by numerous bolts of lightning.
Ward notices that the groundwater has taken on an oily sheen and tests it. When his test strips begin to glow brightly with the Color, he advises the Gardners not to drink it. While notifying nearby resident Ezra (Tommy Chong) of the contamination, he is shown a recording of sounds of unknown origin sounding beneath Ezra's house at night. Meanwhile, Jack becomes fixated on the property's well, observing strange plant growths and insects, as well as claiming to communicate with a 'friend' inside the well. A news crew arrives to interview Nathan about the meteor, but finds that it has vanished.
Later, while Theresa (Joely Richardson) is preparing dinner, she absentmindedly cuts off two of her fingers. As Nathan rushes her to the hospital, he leaves Benny in charge. On Nathan's request, Benny goes outside to put the farm's alpacas back in their stables, but does not return until late at night, claiming time had passed instantaneously for him. Meanwhile, Lavinia attempts multiple times to contact Nathan, but they are unable to hear each other through the phone. Upon the parents' return, Nathan lashes out at Benny and Lavinia with uncharacteristic rage.

Who plays who in the Color Out of Space movie cast?

Nicolas Cage  as Nathan Gardner farmer, father of the Gardner family
Joely Richardson  as Theresa Gardner businesswoman and mother of the Gardner family
Madeleine Arthur  as Lavinia Gardner the teenage daughter and Wiccan
Elliot Knight  as Ward Phillips a Hydrologist and surveyor for a Dam development company
Tommy Chong  as Ezra a hippie "squatter"
Q'orianka Kilcher  as Mayor Tooma the mayor of the nearby town of Arkham
Brendan Meyer  as Benny Gardner the teenage son
Julian Hilliard  as Jack Gardner the youngest son
Josh C. Waller  as Sheriff Pierce chief of police to the nearby town of Arkham
Melissa Nearman  as Reporter
Amanda Booth  as Secretary
Keith Harle  as Hunter Jake
Xibanga  as Comet the Horse
Ulisses  as Comet the Horse
Laia  as Sam the Dog
Mina  as Sam the Dog
Afro  as Sam the Dog
Lucifer  as G-Spot the Cat
Bruno  as Alpaca
Oscar  as Alpaca
Rowan  as Alpaca
Tor  as Alpaca