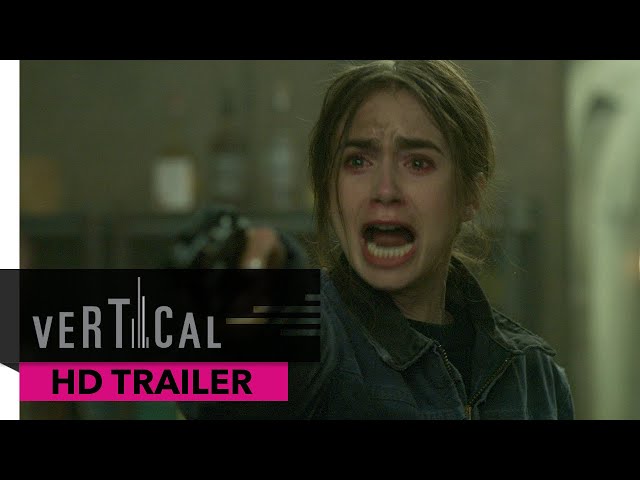 In 2008, Archer Monroe (Patrick Warburton), the patriarch of a wealthy and powerful political family in New York City, passes away suddenly. His estate is divided among his family: Catherine (Connie Nielsen), his wife; William (Chace Crawford), his son, a politician running for reelection; and Lauren (Lily Collins), his daughter, a Manhattan District Attorney. Family attorney Harold Thewlis (Michael Beach) privately shows Lauren her father's posthumous video message he left her. He directs her to a secret underground bunker on the family's property. There she finds a captive man (Simon Pegg) who identifies himself as Morgan Warner (Simon Pegg), who says he has been held prisoner for thirty years.
Morgan claims he was Archer's friend and business partner until one night, while driving drunk, they killed a pedestrian. At Archer's insistence, they covered up the crime before Archer took Morgan prisoner to prevent his exposing the homicide. In the intervening years, Archer treated Morgan like a confessor and admitted many secrets. As proof, Morgan directs Lauren to where the pedestrian's body is buried. Lauren also follows Morgan's clues and finds Archer's longtime mistress, with whom he had a son, as well as evidence that Archer paid bribes to aid his children being elected to public office. Lauren is eventually convinced to free Morgan, and, believing he was wronged, directs Harold to set up an offshore bank account and charter a private jet so Morgan can disappear.
While Morgan was asleep, Lauren took a sample of his fingerprints and sent them for identification. The fingerprints are matched and the file sent to the Monroe house. Catherine sees the file and is terrified by photos of Morgan, whom she identifies as "Carson", claiming he is an "evil man". Lauren discovers Morgan's flight never left and Harold has been murdered. By the time Lauren returns to the Monroe house, Morgan has abducted Catherine and taken her to the bunker. Carson subdues Lauren and reveals that thirty years ago, he drugged and raped Catherine. Archer was taking Carson somewhere to kill him when they hit the pedestrian; furthermore, Carson was responsible for Archer's death, using the poison Archer had intended to use on him. Lauren fights back and, during their struggle, Carson claims he is Lauren's biological father before Catherine seizes his gun and fatally shoots him. Together, Lauren and Catherine pour gasoline throughout the bunker and set it afire, destroying all evidence of Carson's captivity.

Who plays who in the Inheritance movie cast?