Is there a trailer for Chick Fight movie? 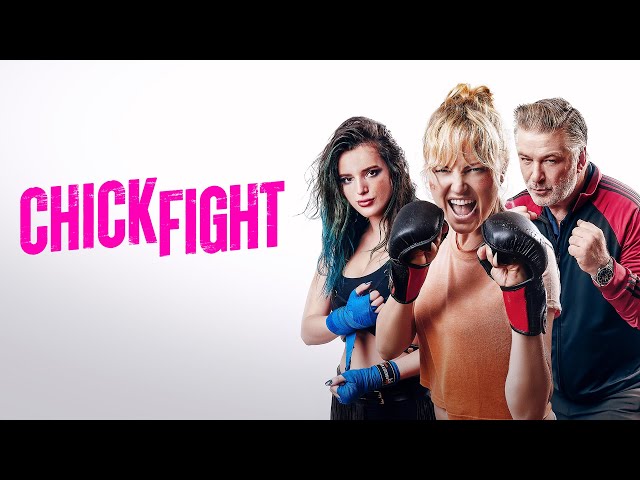 What is Chick Fight movie plot?

Anna Wyncomb (Malin Akerman) works in a coffee shop and her dad, Ed (Kevin Nash), has dated Chuck (Alec Mapa) since her mom, Mary (Julie Michaels), died nine months ago. One night, Anna and her bestfriend Charleen (Dulcé Sloan), a police officer, accidentally sets the coffee shop on fire after enjoying a joint. Now blaming herself for the incident and totally broke, Charleen takes Anna to the underground all-female fight club and introduces her to Bear (Fortune Feimster), the manager and the referee of the fight club. There, Charleen explains to Anna that the winning fighter puts a dollar bill on the wall with their name on it and the fight club serves as a safe haven for women, who want to cope the problems of their life. Charleen persuades Anna that she must agree to fight in order to resolve her problems. Anna reluctantly agrees and fights in her first bout but is easily knocked out. Anna realizes that her mom founded the fight club and has fought several bouts, a secret that her mom kept from Anna her whole life, dying from cancer six months after her final fight.
Anna is then introduced to former boxing coach Jack Murphy (Alec Baldwin), who now works in a restaurant at the beachside and agrees to train her. She later meets Olivia (Bella Thorne), an undefeated fighter, who antagonizes her and Anna challenges her to a fight, which she accepts. As the days and her training progresses, she wins several fights. Anna is attracted to Roy (Kevin Connolly), the attending doctor for the fight club who also works in the local hospital - despite the fact that he has a relationship with Olivia. However, they end their relationship after a drunken night. However, Anna did not take it seriously and ignores his advances. Anna later witnesses Olivia fighting three girls in the ring and savagely knocks out all of them. Realizing how savage Olivia is, Anna quits, saying that fighting is not the best solution to solving her problems.

Who plays who in the Chick Fight movie?

Here is the full cast and characters of "Chick Fight" movie. Actors and actresses are sorted mostly in credits order.

What are Chick Fight filming details?

"Chick Fight" movie is rated "R", according to the MPAA film rating system.

What are critics and audiences saying about Chick Fight movie?

More information and reviews on "Chick Fight" movie you can get on the following websites.

Chick Fight on IMDB is available at:

Chick Fight on Wikipedia is available at: