Here are "The Vault" movie trailer, plot summary, full cast and characters, release date, streaming services and everything we know so far.

Is there a trailer for The Vault movie?

Saban Films on Thursday, February 11, 2021 released the trailer for "The Vault" you can watch here:
The Vault Official Trailer (2021). 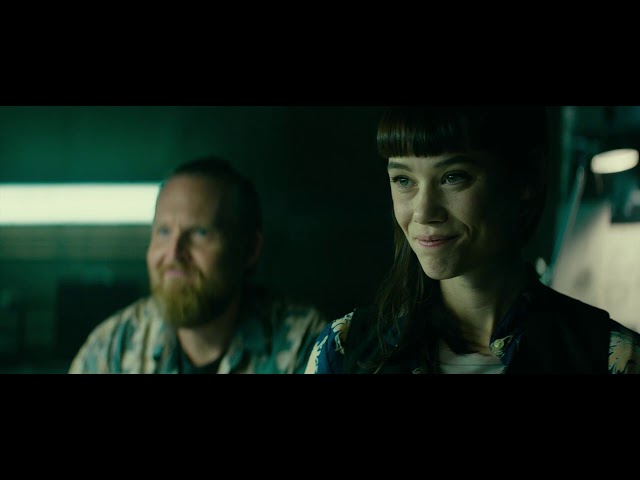 What is The Vault movie plot?

Here is a short review of "The Vault" movie plot summary.

Thom (Freddie Highmore) is a gifted engineering student at Cambridge University who is being courted by recruiters from several major oil companies, all promising him increasingly richer salaries and job perks if he agrees to work for them. Thom dismisses the offers, later explaining to his oil executive father over dinner that he does not want the life a career in big oil would bring him. During this conversation, he receives an anonymous text message from somebody observing him in the restaurant who tells him to meet at a club.
He goes to the location he is instructed and meets a woman named Lorraine (Àstrid Bergès-Frisbey), who then introduces him to Walter (Liam Cunningham), who runs a salvaging company that had recovered a large treasure known as "the treasure of Guadalupe" but it was seized by the Spanish government because Walter's company was not legally salvaging the site.
Walter has put together a team consisting members with various skillsets including Lorraine, a con artist, Simon (Luis Tosar) a logistics expert, Klaus (Axel Stein) a computer hacker, and James (Sam Riley) Walter's longtime treasure-hunting partner. Walter needs Thom's engineering genius to help them breach the vault that holds the confiscated treasure inside the Bank of Spain. Thom agrees to help and joins them in Madrid during the 2010 World Cup as Spain is contending for the championship title. Using the crowd noise from the many fans gathered in the city to watch the matches as cover, they scout the bank and determine that the vault sits on a giant scale underneath a large water reservoir. If the weight on the scale fluctuates in the slightest, the vault floods, drowning any intruders who might be inside.

Who plays who in the The Vault movie cast?

Here is the full cast and characters of "The Vault" movie. Actors and actresses are sorted mostly in credits order.

When is The Vault movie release date?

What are The Vault filming details?

What are critics and audiences saying about The Vault movie?

"The Vault" movie got high rating from critics. IMDB rating is 6.4/10.

More information and reviews on "The Vault" movie you can get on the following websites.

The Vault on IMDB is available at:

The Vault on Wikipedia is available at: