Here are "Patient Zero" movie trailer, plot summary, full cast and characters, release date and everything we know so far.

Is there a trailer for Patient Zero movie?

Sony Pictures Entertainment on Monday, July 16, 2018 released the trailer for "Patient Zero" you can watch here:
Patient Zero Trailer - On Digital 8/14, In Theaters 9/14. 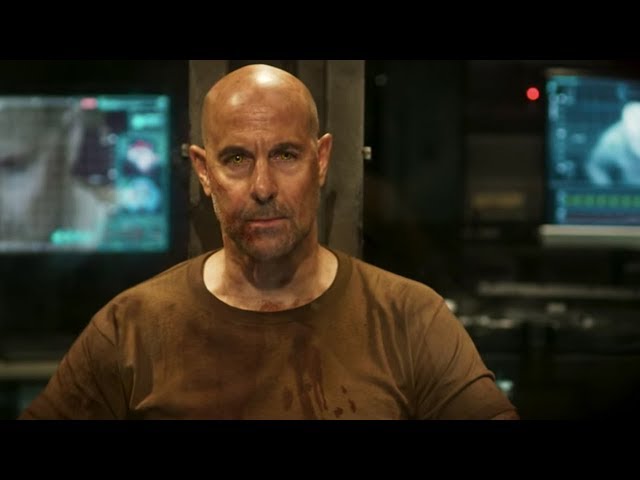 What is Patient Zero movie plot?

After an outbreak of a mutated form of rabies that spreads from animals to humans, over 7 billion humans are dead or infected. People who are bitten turn rabid in 90 seconds. Morgan (Matt Smith) was riding in a car with his wife Janet (Agyness Deyn) when they were attacked. He was infected, but remained human with the ability to talk with the infected.
Now with a large group of civilians, CDC scientists and U.S. military in an underground nuclear base, Morgan and virologist Dr. Gina Rose (Natalie Dormer) bring in the infected and interrogate them, hoping to find Patient Zero and devise a cure. Gina struggles with tensions between herself, Morgan, and Colonel Knox (Clive Standen), compounded by Knox being attracted to Gina while she is currently intimate with Morgan. While interrogating an infected, who Morgan has named Joe Cocker (Frederick Schmidt), Knox shoots the patient.
Getting closer to finding Patient Zero, Morgan visits with Janet, who is caged in the underground base. She is being treated with an experimental treatment derived from Morgan's blood. In a flashback, Morgan wanted to have children with his wife, while she didn't want any.
Gina is shown with a positive pregnancy test. Bodies of fallen soldiers are being cremated when one opens his eyes and attacks the workers and soldiers. He is subdued and asks to speak with Morgan, who is surprised that the patient is unaffected by the music that has driven the other infected into a rage. The team assume he is closely linked to Patient Zero. The patient reveals that he was a professor and his school was attacked by the infected. He was bitten, but still maintains most of his human abilities. The Professor (Stanley Tucci) tells Morgan that the infected are evolved humans, a more advanced species who are at the top of the rapidly dwindling food chain. Morgan finds that another of the patients, who Morgan had named Pete Townshend (James Northcote), has a transmitter inside his chest, revealing that the infected laid a trap to learn where the base is.

Who plays who in the Patient Zero movie?

Here is the full cast and characters of "Patient Zero" movie. Actors and actresses are sorted mostly in credits order.

What are Patient Zero filming details?

"Patient Zero" movie is rated "R", according to the MPAA film rating system.

What are critics and audiences saying about Patient Zero movie?

"Patient Zero" movie got low rating from critics. IMDB rating is 4.5/10. Rotten Tomatoes rating is 14/100. The audience dislikes the film either.

More information and reviews on "Patient Zero" movie you can get on the following websites.

Patient Zero on IMDB is available at:

Patient Zero on Wikipedia is available at: