Is there a trailer for Death Wish movie? 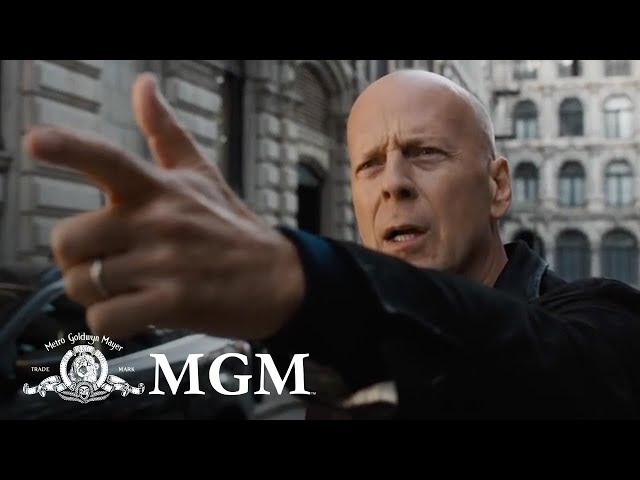 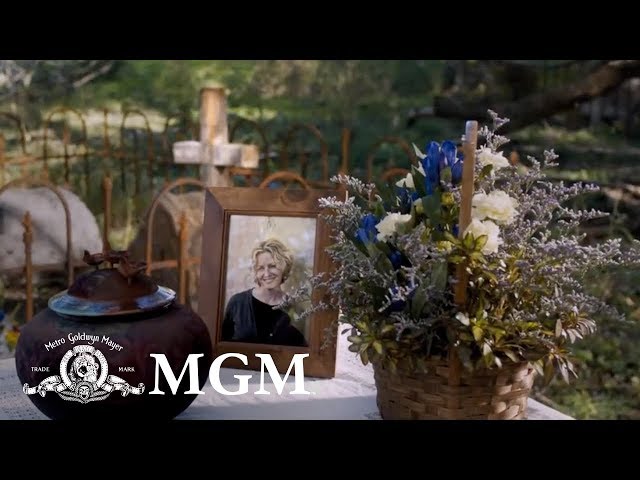 What is Death Wish movie plot?

Paul Kersey (Bruce Willis), a Chicago-area Emergency Room surgeon, lives with his wife, Lucy (Elisabeth Shue), and daughter, Jordan. When the family visits a restaurant with Paul's brother Frank (Vincent D'Onofrio), a valet named Miguel (Luis Oliva) photographs their home address from their car's navigation software after hearing about a night they plan to be away from home. However, Paul is called to work that night, and Jordan and Lucy are home when the three armed burglars break into their home. Moments later, one of the burglars is scarred from Lucy and Jordan's efforts to fight back in defense of their lives and home. The invading criminals ultimately shoot Lucy to death, and Jordan is seriously wounded and subsequently comatose from their attempted murder of her.
Paul becomes frustrated with the lack of police progress on the case, led by Detectives Kevin Raines (Dean Norris) and Leonore Jackson (Kimberly Elise). After seeing two men harassing a woman, Paul tries to intervene but is kicked and punched to the ground by the two assailants. He visits a gun store, but there is a long mandatory waiting period to legally purchase a firearm. When a gang member is brought to the hospital and his Glock 17 falls off the gurney, Paul takes it and practices shooting. He uses the gun to stop a carjacking, a video of which goes viral. During the effort, he cuts his left hand due to improperly handling the pistol.
Continuing his efforts as a vigilante, Paul decides to kill a drug dealer calling himself "the Ice Cream Man" after a young boy comes to the hospital with a gunshot wound in his leg. Paul calmly walks up to the pistol-holding drug dealer, referring to himself as "his last customer," and shoots him. News, TV, and radio reports consistently demonstrate mixed feelings of support and condemnation of Paul's developing war against violent criminals.

Who plays who in the Death Wish movie?

Here is the full cast and characters of "Death Wish" movie. Actors and actresses are sorted mostly in credits order.

What are Death Wish filming details?

"Death Wish" movie is rated "R", according to the MPAA film rating system.

What are critics and audiences saying about Death Wish movie?

"Death Wish" movie got average rating from critics. IMDB rating is 6.4/10. Rotten Tomatoes rating is 18/100. But the audience likes the film. Audiences polled by CinemaScore gave the film an average grade of "B+" on a scale ranging from A+ to F.

More information and reviews on "Death Wish" movie you can get on the following websites.

Death Wish on IMDB is available at:

Death Wish on Wikipedia is available at: