Here are "The Great Wall" movie trailer, plot summary, full cast and characters, release date and everything we know so far.

Is there a trailer for The Great Wall movie?

Legendary on Saturday, October 08, 2016 released the trailer for "The Great Wall" you can watch here:
The Great Wall - Official Trailer #2 - In Theaters This February. 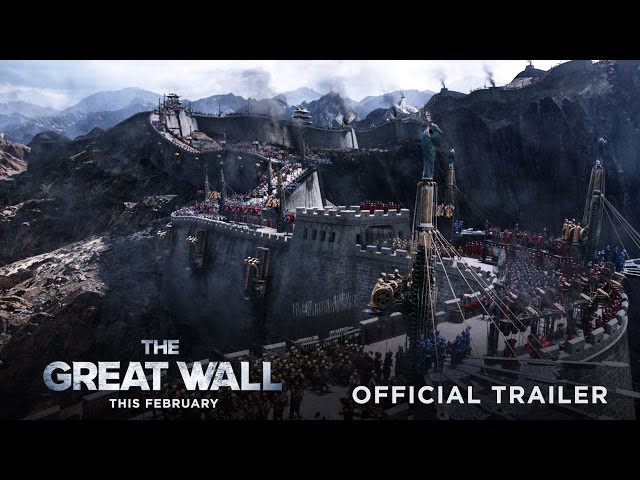 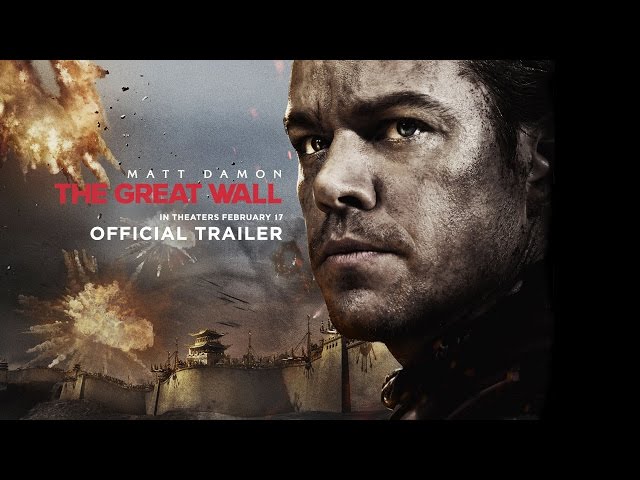 What is The Great Wall movie plot?

Here is a short review of "The Great Wall" movie plot summary.

European mercenaries, including Irishman William Garin (Matt Damon) and Spaniard Pero Tovar (Pedro Pascal), travel to China during the reign of the Song dynasty's Renzong Emperor, searching for the secret to gunpowder. A few miles north of the Great Wall, they are attacked by a monster. Only Garin and Tovar survive; they sever the monster's arm and bring it with them. Upon reaching the Wall, they are taken prisoner by soldiers of the Nameless Order, led by General Shao (Hanyu Zhang) and Strategist Wang (Andy Lau). The Nameless Order exists to combat alien monsters called Tao Tie, which arrived from a meteorite and attack once every sixty years. While examining the severed monster arm, the Order's commanders are surprised by the monsters' first assault, which has come one week early.
Shortly after, a horde of Tao Tie assails the Wall. Both sides sustain heavy losses before the monsters' queen aborts the attack. During the battle, Garin and Tovar are freed by Ballard, another European who came east twenty-five years earlier in search of gunpowder; detained, he now serves as an English and Latin teacher. Garin and Tovar display amazing battle skills, saving the life of young warrior Peng Yong (Han Lu), then slaying two monsters, earning them the Order's respect. The three Europeans secretly plan to steal gunpowder and flee during the next monster attack.
That night, two Tao Tie reach the top of the Wall. General Shao is killed, placing Commander Lin in charge of the Nameless Order. Around this time, an envoy from the capital arrives with an ancient scroll which suggests that the monsters are pacified by magnets. Wang believes the stone Garin carries enabled him to slay the Tao Tie he fought at the cave. To test the hypothesis, Garin suggests they capture a Tao Tie alive and agrees to help. This delays his escape plans, angering Tovar, who nevertheless assists Garin despite Ballard's protests.

Who plays who in the The Great Wall movie?

Here is the full cast and characters of "The Great Wall" movie. Actors and actresses are sorted mostly in credits order.

When is The Great Wall movie release date?

What are The Great Wall filming details?

"The Great Wall" movie is rated "PG-13", according to the MPAA film rating system.

Principal photography began on March 30, 2015, on location in Qingdao.

What are critics and audiences saying about The Great Wall movie?

"The Great Wall" movie got average rating from critics. IMDB rating is 5.9/10. Rotten Tomatoes rating is 36/100. But the audience kinda likes the film. Audiences polled by CinemaScore gave the film an average grade of "B" on a scale ranging from A+ to F.

More information and reviews on "The Great Wall" movie you can get on the following websites.

The Great Wall on IMDB is available at:

The Great Wall on Wikipedia is available at: