Here are "6 Balloons" movie trailer, plot summary, full cast and characters, release date and everything we know so far.

Is there a trailer for 6 Balloons movie? 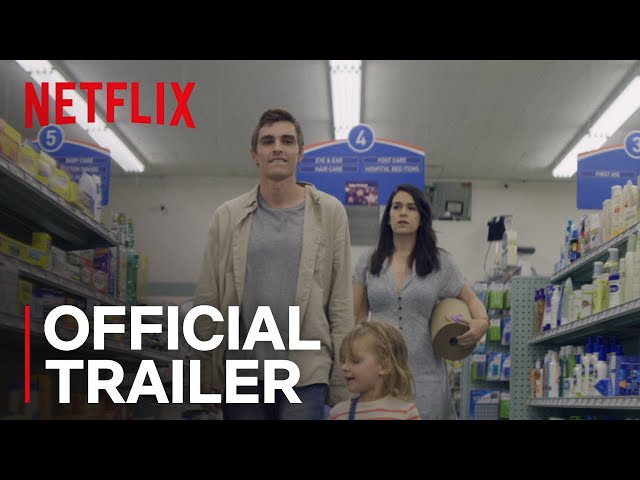 What is 6 Balloons movie plot?

Here is a short review of "6 Balloons" movie plot summary.

Katie (Abbi Jacobson) prepares a surprise birthday party for her boyfriend Jack (Dawan Owens) on the 4th of July. While setting up the decorations, she exhibits Type-A quirks and consistently attempts to keep things on schedule. As her parents, Gayle (Jane Kaczmarek) and Gary (Tim Matheson), and her friends continue to set up, Katie leaves to pick up the cake and makes a stop to pick up her brother Seth (Dave Franco) and his young daughter Ella. Throughout the film, Katie has hallucinations of she and Seth drowning as the car inexplicably fills with water; meanwhile, an audio book narrator reads from a story where a woman fails to properly sail a boat and drowns as a result.
Katie sees piles of unopened mail inside Seth's apartment, leading her to suspect that Seth has relapsed in his heroin addiction. She drives around town trying to find a detox center after Seth's previous one denies his health insurance. After sending Seth to a downtown detox center in a taxi and returning to the party with a sleeping Ella, Katie receives a call that Seth is unable to be admitted. Katie finds Seth in a sickly state and continues to search for a center throughout the Los Angeles area, missing Jack's arrival to the surprise party. Seth pleads with Katie to buy heroin for him for pain relief. In a homeless area near Skid Row, Katie buys heroin for Seth, which is packaged inside six small balloons. Katie returns to the car and Seth asks her to go back and buy a needle from a man living under a tarp. Katie refuses so they all head to a nearby drug store.
At the drug store, the pharmacist realizes that Seth is a heroin user and gives Katie the key to the bathroom where she changes Ella's diaper. Seth prepares his injection in a vacant stall as Katie pleads with him to not use very much. Seth becomes revitalized and the three depart. Before leaving, Seth hands Katie the key to the bathroom and laughs about her having to take it back to the now closed pharmacy. Katie gets into an argument with the pharmacist and throws the bathroom key at the pharmacy door. This sets off the alarm which causes Katie to run back to the vehicle and drive off. On their way back to the party, Katie reminisces with Seth about their childhood and they stop by the bakery to retrieve the cake. In the car, Seth promises that his latest injection is his final use of heroin.

Who plays who in the 6 Balloons movie?

Here is the full cast and characters of "6 Balloons" movie. Actors and actresses are sorted mostly in credits order.

When is 6 Balloons movie release date?

What are 6 Balloons filming details?

The duration of the film is 74 minutes.

What are critics and audiences saying about 6 Balloons movie?

More information and reviews on "6 Balloons" movie you can get on the following websites.

6 Balloons on IMDB is available at:

6 Balloons on Wikipedia is available at: