Here are "Den of Thieves" movie trailer, plot summary, full cast and characters, release date, streaming services and everything we know so far.

Is there a trailer for Den of Thieves movie?

STXfilms on Monday, December 25, 2017 released the trailer for "Den of Thieves" you can watch here:
Den of Thieves | Final Trailer | Own It Now on Digital HD, Blu-Ray & DVD. 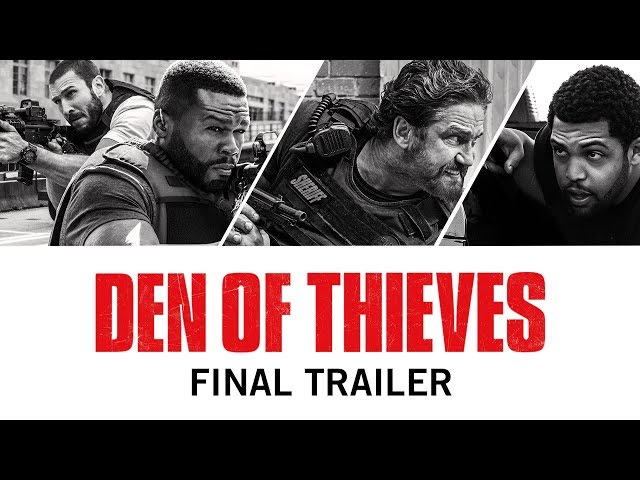 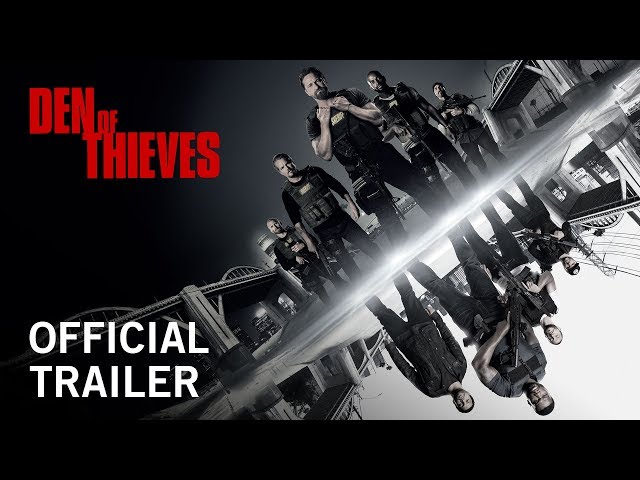 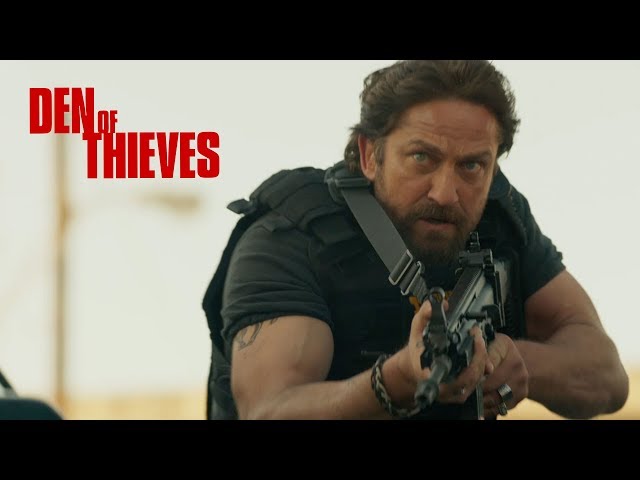 What is Den of Thieves movie plot?

Here is a short review of "Den of Thieves" movie plot summary.

In Los Angeles, a team of ex-MARSOC Marines led by Ray Merrimen (Pablo Schreiber) hijack an armored truck. The ensuing shootout with police leaves several dead, including one of Merrimen's crew, as the hijackers escape with the empty truck. LASD Detective Nick "Big Nick" O'Brien (Gerard Butler) investigates the robbery, making the recently paroled Merrimen his prime suspect. Nick's team kidnap Donnie Wilson (O'Shea Jackson Jr.), a bartender who confesses to acting as the thieves' unarmed getaway driver. He describes a large sum of cash stolen from a stadium by the crew, but denies knowing their future plans and is released.
Merrimen and his crew prepare to rob the heavily guarded Federal Reserve: with approximately $30 million in old bills removed from circulation each day, they plan to steal the untraceable money before it is shredded. Nick's team tails Donnie, who is hired as a Chinese food delivery driver, allowing him to deliver inside the Federal Reserve. A confrontation with Nick leads Merrimen's crew to suspect Donnie is an informant. Interrogated at gunpoint, he admits he was questioned by Nick; to his surprise, Merrimen orders him to tell Nick when the heist is taking place. Donnie informs Nick but denies knowing the location. Nick sleeps with Merrimen's girlfriend, who - acting on Merrimen's instructions - reveals the crew will be robbing a bank in Pico Rivera.
On the day of the heist, as Nick's team waits nearby, Merrimen's crew takes the Pico Rivera bank hostage, demanding a ransom and a helicopter. When the FBI attempt to negotiate, the crew appears to execute a female hostage. The thieves access the vault and detonate explosives inside, leading Nick to realize this is not their usual M.O. He impatiently storms the bank himself to find the hostages alive, bound and hooded while the thieves have blown their way into the sewers and escaped.

Who plays who in the Den of Thieves movie cast?

Here is the full cast and characters of "Den of Thieves" movie. Actors and actresses are sorted mostly in credits order.

When is Den of Thieves movie release date?

What are Den of Thieves filming details?

"Den of Thieves" movie is rated "R", according to the MPAA film rating system.

What are critics and audiences saying about Den of Thieves movie?

"Den of Thieves" movie got average rating from critics. IMDB rating is 7/10. Rotten Tomatoes rating is 42/100. But the audience likes the film. Audiences polled by CinemaScore gave the film an average grade of "B+" on a scale ranging from A+ to F.

More information and reviews on "Den of Thieves" movie you can get on the following websites.

Den of Thieves on IMDB is available at:

Den of Thieves on Wikipedia is available at: