Here are "Central Intelligence" movie trailer, plot summary, full cast and characters, release date and everything we know so far.

Is there a trailer for Central Intelligence movie? 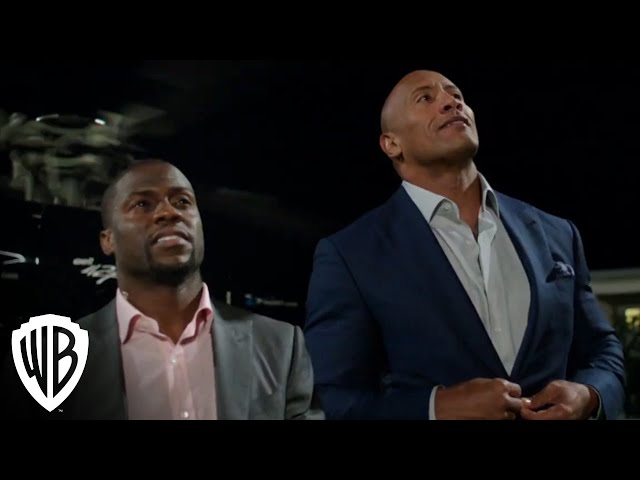 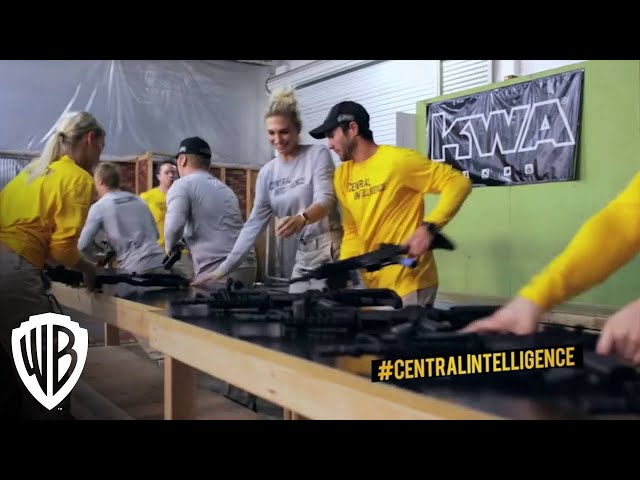 What is Central Intelligence movie plot?

In 1996, star athlete Calvin (Kevin Hart) "The Golden Jet" Joyner is being honored at his high school. Halfway through Calvin's speech, a group of bullies led by Trevor Olson (Jason Bateman) throws the nude morbidly obese Robbie Wheirdicht (Sione Kelepi) into the gymnasium where the assembly is taking place. Only Joyner and his girlfriend, Maggie (Danielle Nicolet) Johnson, are sympathetic towards Wheirdicht; the former going as far as to quickly cover Wheirdicht in his varsity jacket. Wheirdicht thanks Calvin and flees in embarrassment.
Twenty years later, in 2016, Joyner is married to Maggie and works as a forensic accountant but is dissatisfied with his career. Maggie suggests they see a therapist to salvage their deteriorating marriage. At work, Joyner receives a friend request on Facebook from a man named Bob Stone (Dwayne Johnson), who invites Joyner to meet at a bar. Bob Stone reveals himself to be Robbie Wheirdicht. Joyner is shocked to see that Wheirdicht has transformed into a muscular, confident man with advanced hand-to-hand fighting skills. Stone asks Joyner to review some online transactions, and Joyner discovers a multimillion-dollar auction with bidders from radical countries, with the final bids to conclude the following day. Stone avoids Joyner's questions and spends the night on his couch.
The next morning, a team of CIA agents led by Pamela Harris (Amy Ryan) arrives at Joyner's house in search of Stone, who escapes without a trace. Harris tells Joyner that Stone is a dangerous rogue agent who brutally murdered his former partner, Phil Stanton (Aaron Paul). Harris tells Calvin that Bob intends to sell satellite codes to the highest bidder. Soon after, Stone abducts Joyner and explains that he is trying to stop a criminal known as the Black Badger from selling the codes but needs Joyner's skills to find the coordinates of the deal's location. After an attack by a bounty hunter, Joyner flees and calls Maggie, telling her to meet him at the marriage counselor's office. Harris intercepts him and tells him that Stone is really the Black Badger. She warns him to refrain from telling Maggie and gives him a device to alert them to Stone's location. Joyner then arrives for marriage counseling, where he finds Stone posing as the counselor.

Who plays who in the Central Intelligence movie?

Here is the full cast and characters of "Central Intelligence" movie. Actors and actresses are sorted mostly in credits order.

What are Central Intelligence filming details?

"Central Intelligence" movie is rated "PG-13", according to the MPAA film rating system.

Principal photography began on May 6, 2015, and took place in Atlanta, Georgia, and throughout various Massachusetts locations, including Boston, Burlington, Lynn, Middleton, Winchester and Quincy.

What are critics and audiences saying about Central Intelligence movie?

"Central Intelligence" movie got high rating from critics. IMDB rating is 6.3/10. Rotten Tomatoes rating is 71/100. The audience also likes the film. Audiences polled by CinemaScore gave the film an average grade of "A-" on a scale ranging from A+ to F.

More information and reviews on "Central Intelligence" movie you can get on the following websites.

Central Intelligence on IMDB is available at:

Central Intelligence on Wikipedia is available at: