Is there a trailer for Walk. Ride. Rodeo. movie? 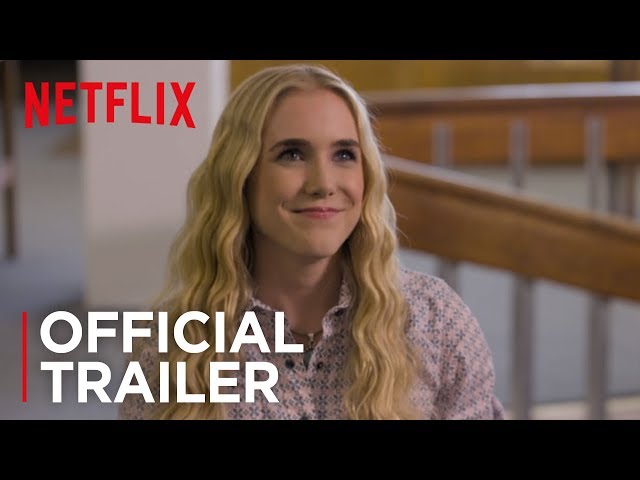 19-year-old Amberley Snyder (Spencer Locke) is a nationally-ranked rodeo barrel racer who spends most of her time training with her horse Power at her home in Utah. On her way to Denver, Amberley loses control of her truck and crashes; thrown from the vehicle, she hits a fence pole, leaving her paraplegic.
Amberley is rushed to hospital where doctors confirm she will spend the rest of her life in a wheelchair. She later goes to a six-week rehabilitation program. Initially despondent, she lashes out at her mother Tina (Missi Pyle), knowing she will never be able to do everything she used to, but she pushes herself to find balance and strength in her upper body.
She returns home to an e-mail from Tate Watkins (Max Ehrich) with the FFA, who asks if she'll still be participating in the event. They communicate via video call over a number of weeks and grow closer. Amberley struggles to adjust to daily life but later, with determination and passion, learns to drive and realises she can still ride a horse if she attaches a seat belt to her saddle. She also starts college at Utah South.
Over the upcoming months, Amberley becomes more and more confident on her horse and takes part in the Spanish Fork Rodeo where she gets second place, less than twelve months since her accident. She continues training in preparation for The American Rodeo, but fails to tell her family about an infected pressure sore on her back. One afternoon Amberley collapses and is rushed to hospital and told she is critical.
Six weeks later, Amberley has recovered and begins training again, fueled by positive fan mail and letters from people in similar situations. At The American, Amberley and Tate share a romantic kiss. Tina expresses how proud she is of Amberley for how far she has come in the last eighteen months, saying "You may have lost the use of your legs but it's opened up your heart". Tina tells Amberley to ride like the wind as she makes her way out.

Who plays who in the Walk. Ride. Rodeo. movie cast?

Here is the full cast and characters of "Walk. Ride. Rodeo." movie. Actors and actresses are sorted mostly in credits order.

"Walk. Ride. Rodeo." movie release date was scheduled to be on March 8, 2019 distributing by Netflix.

What are critics and audiences saying about Walk. Ride. Rodeo. movie?

More information and reviews on "Walk. Ride. Rodeo." movie you can get on the following websites.

Walk. Ride. Rodeo. on IMDB is available at:

Walk. Ride. Rodeo. on Wikipedia is available at: