Here are "The Prom" movie trailer, plot summary, full cast and characters, release date, streaming services and everything we know so far.

Is there a trailer for The Prom movie?

Netflix on Thursday, November 26, 2020 released the trailer for "The Prom" you can watch here:
The Prom | Official Trailer | Netflix. 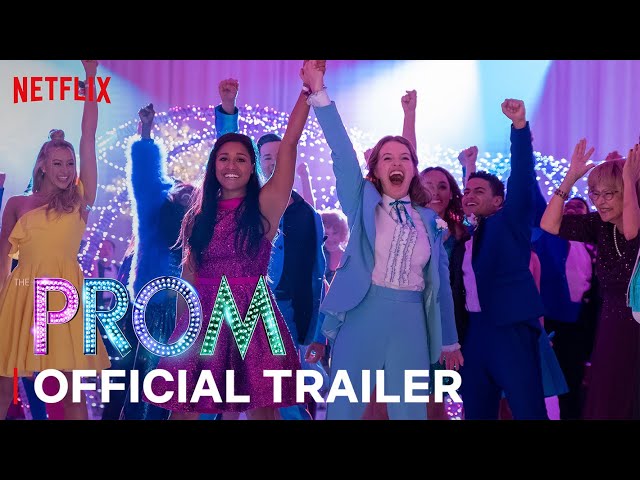 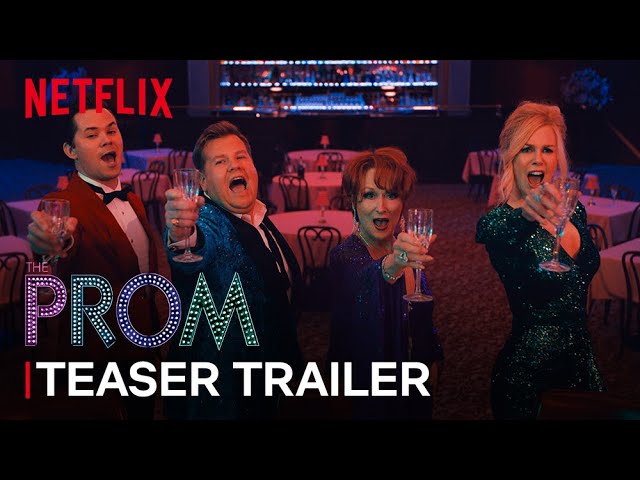 What is The Prom movie plot?

Here is a short review of "The Prom" movie plot summary.

In Edgewater, Indiana, head of the James Madison High School PTA Mrs. Greene (Kerry Washington) announces the school's prom will be canceled because female student Emma Nolan (Jo Ellen Pellman) wanted to take a girl to the dance, defying their traditional beliefs and much to the dismay of Principal Tom Hawkins (Keegan-Michael Key), who supports Emma.
Meanwhile, in New York City, narcissistic Broadway stars Dee Dee Allen (Meryl Streep) and Barry Glickman (James Corden) are disappointed after their show Eleanor! The Eleanor Roosevelt Story closes on opening night due to negative reviews. They are comforted by Trent Oliver (Andrew Rannells), a Juilliard graduate who is between acting jobs, and Angie Dickinson (Nicole Kidman), a performer who has just quit her part in the chorus of Chicago. They realize Dee Dee and Barry need a cause to seem caring and selfless. After finding Emma's story on Twitter, they drive to Indiana with the cast of Godspell and publicist Sheldon Saperstein (Kevin Chamberlin).
At school, Emma is bullied and harassed by Kaylee (Logan Riley), Shelby (Sofia Deler), Nick (Nico Greetham), and Kevin (Nathaniel J. Potvin) for being a lesbian and for the cancellation of the prom. The actors barge into the next PTA meeting in favor of Emma and while Mrs. Greene is furious, Hawkins reveals he is a big fan of Dee Dee. Emma and her secretly closeted girlfriend, Alyssa, Mrs. Greene's daughter, meet in private and talk about Alyssa coming out to her mother.
The actors arrive at a motel and perform at a monster truck rally event, but are booed off the stage. Hawkins tells them the Indiana Supreme Court wants the school to hold a prom for Emma and invites Dee Dee to have dinner with him at Applebee's, where the pair bond.

Who plays who in the The Prom movie cast?

Here is the full cast and characters of "The Prom" movie. Actors and actresses are sorted mostly in credits order.

When is The Prom movie release date?

"The Prom" movie release date was scheduled to be on December 4, 2020 (United States) distributing by Netflix.

What are The Prom filming details?

"The Prom" movie is rated "PG-13", according to the MPAA film rating system.

What are critics and audiences saying about The Prom movie?

More information and reviews on "The Prom" movie you can get on the following websites.

The Prom on IMDB is available at:

The Prom on Wikipedia is available at: