Here are "A Hidden Life" movie trailer, plot summary, full cast and characters, release date, streaming services and everything we know so far.

Is there a trailer for A Hidden Life movie?

SearchlightPictures on Tuesday, August 13, 2019 released the trailer for "A Hidden Life" you can watch here:
A HIDDEN LIFE | Official Trailer | FOX Searchlight. 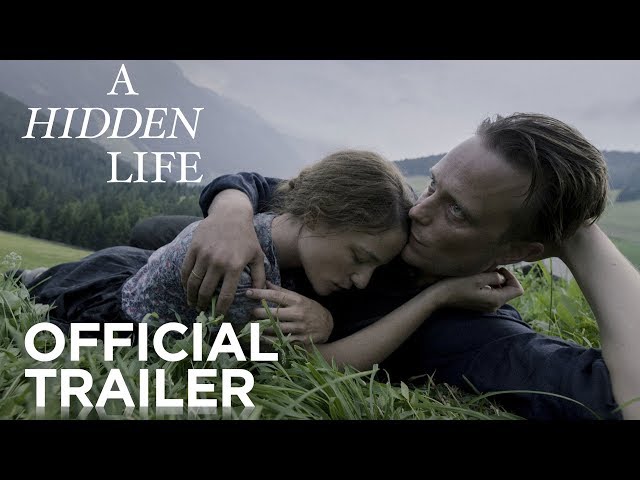 What is A Hidden Life movie plot?

Here is a short review of "A Hidden Life" movie plot summary.

Austrian peasant farmer Franz Jägerstätter (August Diehl), born and brought up in the small village of St. Radegund, is working his land when war breaks out. Married to Franziska, colloquially Fani (Valerie Pachner), the couple are important members of the tight-knit rural community. They live a simple life with the passing years marked by the arrival of the couple's three girls. Franz is called up for basic training in the German army and is away from his beloved wife and children for months. Eventually, when France surrenders and it seems the war might end soon, he is sent back from training.
With his mother and sister-in-law Resie, he and his wife farm the land and raise their children amid the mountains and valleys of upper Austria. Many scenes depict cutting and gathering hay, as well as the broad Inn River. As the war goes on, Jägerstätter and the other able-bodied men in the village are called up to fight. Their first requirement is to swear an oath of allegiance to Adolf Hitler and the Third Reich. Despite pressure from the Mayor and his farm neighbors, who increasingly ostracize him and his family, and from the Bishop (Michael Nyqvist) of Salzburg, Jägerstätter refuses. Wrestling with the knowledge that his decision will mean arrest and even death, Jägerstätter finds strength in his faith in God, his prayers and in Fani's love and support. Jägerstätter is taken to prison, first in Enns, then in Berlin and waits months for his trial. During his time in prison, he and Fani write letters to each other and give each other strength. Fani and their daughters are victims of growing hostility in the village over her husband's decision not to fight. Fani is eventually able to visit her husband in Berlin.

Who plays who in the A Hidden Life movie cast?

Here is the full cast and characters of "A Hidden Life" movie. Actors and actresses are sorted mostly in credits order.

When is A Hidden Life movie release date?

What are A Hidden Life filming details?

"A Hidden Life" movie is rated "PG-13", according to the MPAA film rating system.

What are critics and audiences saying about A Hidden Life movie?

More information and reviews on "A Hidden Life" movie you can get on the following websites.

A Hidden Life on IMDB is available at:

A Hidden Life on Wikipedia is available at: