Is there a trailer for Bombshell movie? 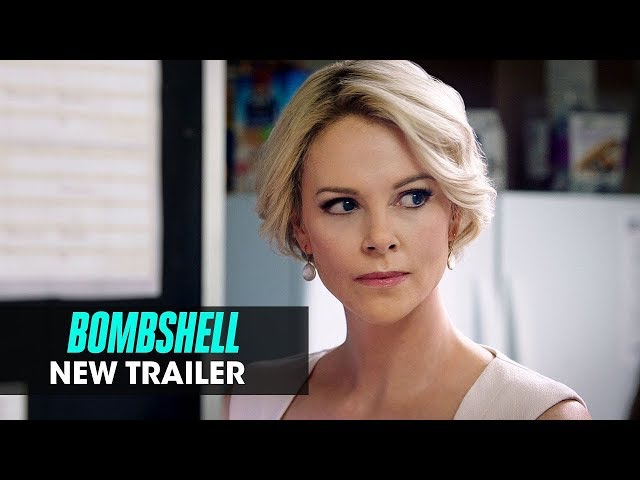 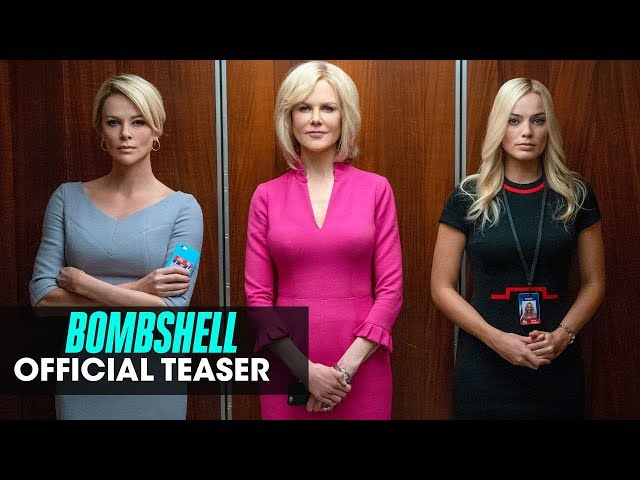 What is Bombshell movie plot?

Here is a short review of "Bombshell" movie plot summary.

After co-moderating the 2016 Republican debate, Megyn Kelly (Charlize Theron) faces numerous insults from Donald Trump, who is upset because she asked him about his offensive comments toward women. With pressure from the network, and after receiving death threats and unwanted paparazzi attention, Kelly and Trump eventually reconcile.
Meanwhile, Gretchen Carlson (Nicole Kidman) is removed as co-anchor of the popular Fox and Friends show, and is transferred to a less popular show. Inundated by sexist comments on and off the air, including by Roger Ailes (John Lithgow), Carlson meets with lawyers, Nancy Smith (Robin Weigert) and Neil Mullin (Stephen Root), who explain that Carlson's contract prevents her from suing the network, but she can sue Ailes personally.
On her first day on The O'Reilly Factor, Kayla Pospisil (Margot Robbie) meets fellow staffer Jess Carr (Kate McKinnon), and the two sleep together. The next day, Ailes begins sexually harassing Pospisil. Pospisil begins to tell Carr about what happened, but Carr interrupts, saying she cannot get involved.
Carlson is later fired, ostensibly for her on-air support of the federal assault weapons ban, and decides to sue Ailes. When the news breaks the next day, Ailes denies the allegations, and Kelly admits to her core team Ailes sexually harassed her when she started at Fox. In the following weeks, despite a number of other women voicing their public support of Ailes, Kelly conspicuously refuses to make a comment on Carlson's accusations.
Fox News retains the Paul Weiss firm to conduct an internal investigation.
After more women accuse Ailes, Kelly starts to find other women at the network. Kelly visits Pospisil, and the two confide in each other. Kelly advises Pospisil to come forward, and after consulting with Carr, she does. Through her attorneys, Carlson later informs Ailes she has recorded conversations to support her claims. Defeated, Ailes is fired by Fox co-creator Rupert Murdoch (Malcolm McDowell). Ailes settles Carlson's lawsuit for $20 million and an apology from Fox, but the agreement contains a non-disclosure agreement. Fox eventually paid the victims of sexual harassment $50 million, while paying Ailes and O'Reilly $65 million in severance.

Who plays who in the Bombshell movie?

Here is the full cast and characters of "Bombshell" movie. Actors and actresses are sorted mostly in credits order.

When is Bombshell movie release date?

What are Bombshell filming details?

"Bombshell" movie is rated "R", according to the MPAA film rating system.

What are critics and audiences saying about Bombshell movie?

More information and reviews on "Bombshell" movie you can get on the following websites.

Bombshell on IMDB is available at:

Bombshell on Wikipedia is available at: