Here are "A Fall from Grace" movie trailer, plot summary, full cast and characters, release date and everything we know so far.

Is there a trailer for A Fall from Grace movie?

Netflix Film Club on Friday, January 17, 2020 released the trailer for "A Fall from Grace" you can watch here:
Tyler Perry, Crystal Fox & Bresha Webb Break Down A Fall From Grace Scene | Shot By Shot | Netflix. 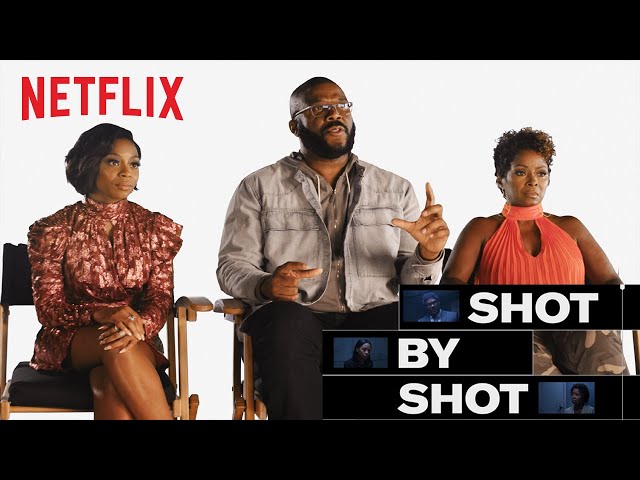 What is A Fall from Grace movie plot?

Here is a short review of "A Fall from Grace" movie plot summary.

Jasmine Bryant (Bresha Webb) is a public defender who constantly takes plea deals in small town Virginia. Her husband Jordan (Matthew Law) is a police officer who is feeling down after one of his recent victims jumps off a roof to her death. Jasmine is given a new case by her boss Rory (Tyler Perry) to defend Grace Waters (Crystal Fox) the woman accused of murdering her husband Shannon DeLong (Mehcad Brooks). Grace insists that she is guilty and will agree to a plea deal if she goes to a prison close by her son Malcolm (Walter Fauntleroy). Jasmine is troubled by the details of the case, including the fact that Shannon's body was never found. Rory is not pleased that Jasmine wants to try the case because the department does not have the budget for a trial, in addition to the media frenzy.
Grace's best friend Sarah Miller (Phylicia Rashad) tells Jasmine that Grace was feeling sad after her divorce and she pushed her to get out and meet someone new, which led her to Shannon. After researching the case some more, Jasmine and her colleagues Tilsa (Angela Marie Rigsby) and Donnie (Donovan Christie Jr.) believe Grace is innocent. Grace tells Jasmine how she met Shannon at his artwork exhibition at an art gallery. They began dating as he charmed Grace with nice words and wine. After they married three months later, Shannon gradually became cruel and secretive from Grace. Eventually, Grace was fired from her job at the bank after Shannon secretly stole from her accounts using her passwords, and he also mortgaged her house with forged documents. Finally, Grace walked in on Shannon in their bed with another woman. That evening, in anger, Grace beat Shannon with a baseball bat multiple times and threw him down the stairs to her basement. Grace then drove to the middle of nowhere to call Sarah and inform her that she killed her husband. Sarah explains that she went to Grace's house and witnessed her son Malcolm leaving the house. Because Shannon's body is missing, Sarah believes that Malcolm helped Grace dispose of it.

Who plays who in the A Fall from Grace movie?

Here is the full cast and characters of "A Fall from Grace" movie. Actors and actresses are sorted mostly in credits order.

When is A Fall from Grace movie release date?

"A Fall from Grace" movie release date was scheduled to be on January 17, 2020 distributing by Netflix.

What are A Fall from Grace filming details?

What are critics and audiences saying about A Fall from Grace movie?

"A Fall from Grace" movie got average rating from critics. IMDB rating is 5.9/10.

More information and reviews on "A Fall from Grace" movie you can get on the following websites.

A Fall from Grace on IMDB is available at:

A Fall from Grace on Wikipedia is available at: