Here are "You Won't Be Alone" movie trailer, plot summary, full cast and characters, release date, streaming services and everything we know so far.

Is there a trailer for You Won't Be Alone movie?

Focus Features on Thursday, March 03, 2022 released the trailer for "You Won't Be Alone" you can watch here:
YOU WON'T BE ALONE - Official Trailer 2 - Only in Theaters April 1. 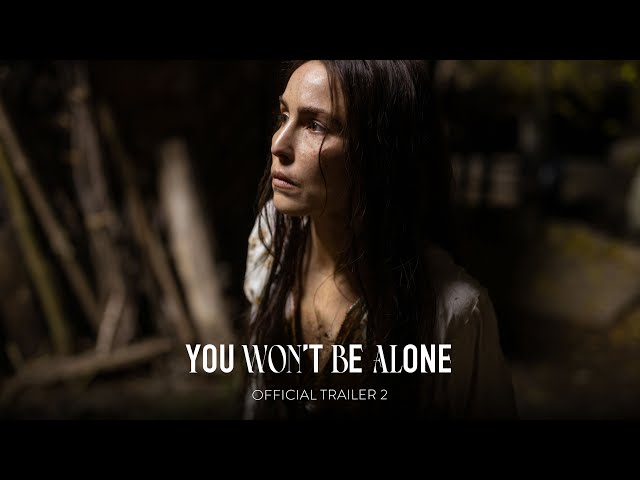 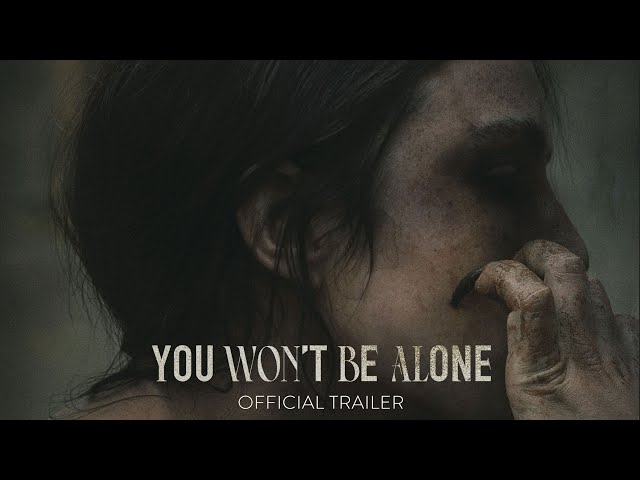 What is You Won't Be Alone movie plot?

Here is a short review of "You Won't Be Alone" movie plot summary.

In 19th century Macedonia, Maria (Anamaria Marinca) - a "Wolf-Eatress", or witch, with a horrible burned appearance - enters the home of a newborn baby. The child's terrified mother says that if Maria spares the girl's life, she will give her up once the girl is 16. Maria agrees, but robs the girl of her voice before leaving. The mother hides the child, Nevena, in a cave, and raises her there with no knowledge of the outside world.
On Nevena's 16th birthday, Maria arrives in the form of an eagle; the mother chases the bird out of sight, where Maria kills her and takes her form. She tells Nevena to follow her. Outside the cave, Maria kills a donkey, scratches Nevena's chest and spits the donkey's blood onto her before burning her wound with fire; this transforms Nevena into a witch, giving her retractible black talons on her fingers and palm. Maria then pulls Nevena's mother's guts from a hole in her chest, causing her to resume her previous, burned form.
Nevena, not understanding what has happened, believes the witch is still her mother. Maria kills a shepherd who takes a liking to Nevena, warning her that humans will hurt her, and tries to teach her to catch and kill rabbits and fish, whose blood witches consume for power. But Nevena would rather play with the creatures, and Maria, disgusted, tells her to fend for herself. Nevena follows her for a little while until she sees Maria kill and assume the form of a wolf before disappearing into the forest.
Nevena comes across a village, where she sees a young woman, Bosilka (Noomi Rapace), giving birth to a baby. Shortly afterward, Nevena finds the baby in a crib in the barn. Bosilka attacks her, and Nevena accidentally kills her. Copying Maria, Nevena puts Bosilka's organs into her chest and assumes her appearance; the spell also causes Bosilka's body to disappear.

Who plays who in the You Won't Be Alone movie cast?

Here is the full cast and characters of "You Won't Be Alone" movie. Actors and actresses are sorted mostly in credits order.

When is You Won't Be Alone movie release date?

What are You Won't Be Alone filming details?

"You Won't Be Alone" movie is rated "R", according to the MPAA film rating system.

What are critics and audiences saying about You Won't Be Alone movie?

More information and reviews on "You Won't Be Alone" movie you can get on the following websites.

You Won't Be Alone on IMDB is available at:

You Won't Be Alone on Wikipedia is available at: