Is there a trailer for Jurassic World Dominion movie? 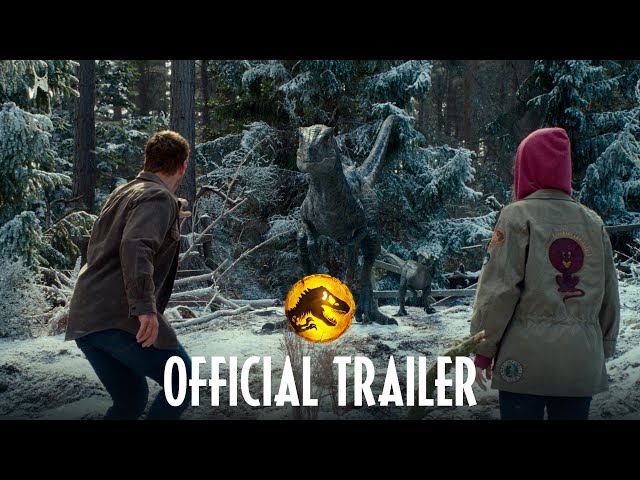 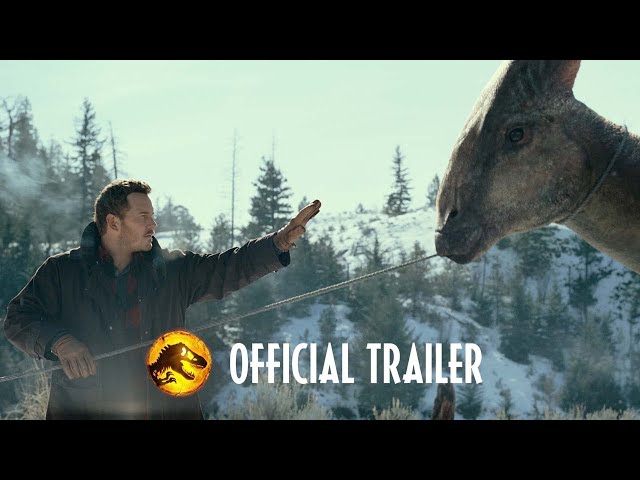 Four years after the volcanic destruction of Isla Nublar and the Lockwood Estate incident, de-extinct dinosaurs freely roam among humans. Claire Dearing (Bryce Dallas Howard), former operations manager of Jurassic World, works to protect dinosaurs from illegal breeding organizations. She and Owen Grady (Chris Pratt) have been living in a remote cabin in the Sierra Nevada mountains where they secretly care for Maisie Lockwood (Isabella Sermon), Sir Benjamin Lockwood's cloned granddaughter. They are astonished when Owen's trained Velociraptor, Blue, unexpectedly arrives at the cabin with an offspring that was reproduced asexually. Maisie dubs the baby raptor "Beta", and gradually establishes a bond similar to Owen and Blue's.
Unknown to Owen and Claire, BioSyn Genetics, a corrupt biogenetics corporation led by CEO Lewis Dodgson (Campbell Scott), has targeted Maisie. Frustrated with living in seclusion, Maisie sneaks away to a nearby town where Dodgson's operatives kidnap her and Beta. Owen and Claire immediately set off to rescue them.
Elsewhere, an extinct species of giant locust has reappeared and is threatening the world's food supply. Paleobotanist Ellie Sattler (Laura Dern) has noticed how the locusts avoid Biosyn-produced crops, leading Ellie to suspect that BioSyn is breeding them. Ellie, who is now divorced, approaches paleontologist and former romantic partner Dr. Alan Grant (Sam Neill), who agrees to help stop BioSyn's operations.
Meanwhile, with info supplied by Claire's government contacts, she and Owen track Beta and Maisie to Malta where they infiltrate a dinosaur black market. When government agents raid the market, dinosaurs are unintentionally released, causing havoc. A BioSyn operative informs Claire and Owen that Maisie and Beta are being transported to BioSyn's headquarters in Italy's Dolomites mountain range. While at the market, they meet Kayla Watts (DeWanda Wise), a cargo plane pilot who delivers live cargo for market vendors and has access to BioSyn HQ. She agrees to fly Owen and Claire there.

Who plays who in the Jurassic World Dominion movie cast?

Here is the full cast and characters of "Jurassic World Dominion" movie. Actors and actresses are sorted mostly in credits order.

Principal photography began on February 24, and the film's title was announced the following day as Jurassic World Dominion.

What are critics and audiences saying about Jurassic World Dominion movie?

"Jurassic World Dominion" movie got high rating from critics. IMDB rating is 6/10. Audiences polled by CinemaScore gave the film an average grade of "A-" on a scale ranging from A+ to F.

More information and reviews on "Jurassic World Dominion" movie you can get on the following websites.

Jurassic World Dominion on IMDB is available at:

Jurassic World Dominion on Wikipedia is available at: