Here are "Till Death" movie trailer, plot summary, full cast and characters, release date, streaming services and everything we know so far.

Is there a trailer for Till Death movie?

Screen Media Films on Wednesday, June 16, 2021 released the trailer for "Till Death" you can watch here:
Till Death - Official Trailer. 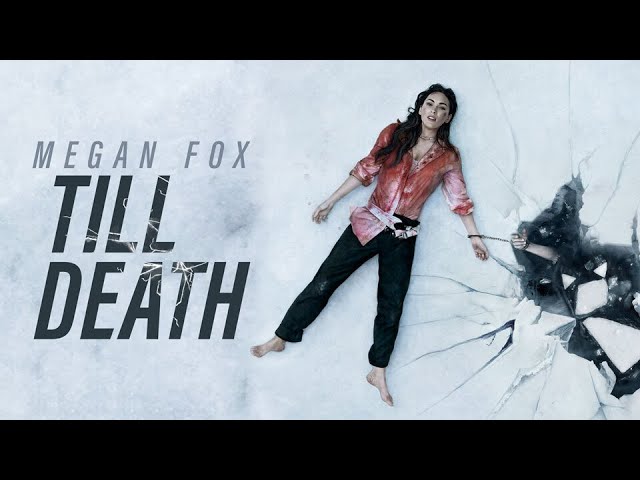 What is Till Death movie plot?

Here is a short review of "Till Death" movie plot summary.

Emma (Megan Fox) is unhappy in her marriage to Mark (Eoin Macken) and, confused, has recently ended an extramarital affair with Tom (Aml Ameen), her husband's employee. The next day, at their Anniversary, he gifts her a steel necklace and surprises her with a trip for their anniversary to a secluded lake house they used to visit together in happier times. That night, he asks for a second chance in their relationship and they make love. She wakes up the next morning handcuffed to him just before he commits suicide with a pistol, putting a bullet in his head.
Emma tries to break the cuffs with the pistol, but find it empty. She realises things are not as they seem, discovering a hi-tech locker in the wardrobe and finding that every sharp object she might use to unshackle herself is missing and her phone is dead. Dragging the body around to search the house, she eventually finds car keys in the kitchen trash.
Emma wraps cloth around her feet with the body in the garage, but the car won't start--Mark drained the fuel before his suicide. She returns to the house.
Suddenly, Tom shows up thinking she needs help-- he has received messages from her phone which were actually sent by Mark. He tells her that police won't believe the truth and suggests they manage the truth.
It turns out Mark planned this revenge on Emma for her affair. Tom reveals that the police are at Mark's office to arrest him, as he has been charged with multiple counts of tampering with evidence. Knowing that his career is over, Mark wanted to drag Emma down with him, making his statement 'till death do us part'.

Who plays who in the Till Death movie cast?

Here is the full cast and characters of "Till Death" movie. Actors and actresses are sorted mostly in credits order.

When is Till Death movie release date?

What are Till Death filming details?

The duration of the film is 88 min.

"Till Death" movie is rated "R", according to the MPAA film rating system.

What are critics and audiences saying about Till Death movie?

More information and reviews on "Till Death" movie you can get on the following websites.

Till Death on IMDB is available at:

Till Death on Wikipedia is available at: