Is there a trailer for Gloria Bell movie? 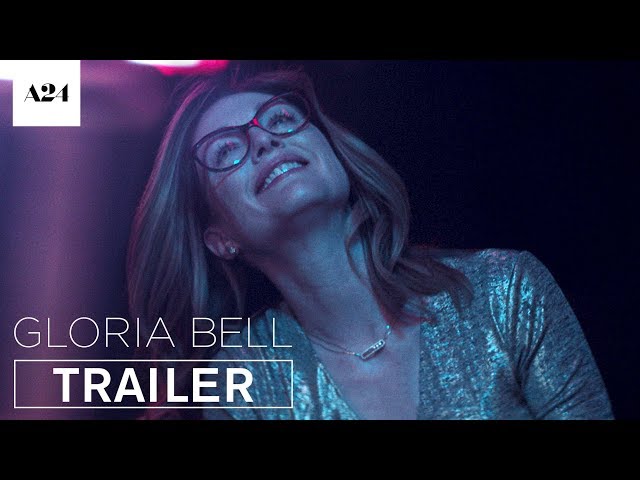 What is Gloria Bell movie plot?

Gloria Bell (Julianne Moore) is a middle-aged divorcée living in LA. She has two children: Anne (Caren Pistorius), a kindhearted yoga instructor, and Peter (Michael Cera), an uninspired married man who cares for his infant daughter while his wife is away. Gloria spends her nights letting loose at dance clubs around the city.
One night, she meets Arnold (John Turturro), also a divorcée, and they hit it off. They sleep together and begin a relationship shortly after. However, Gloria is annoyed when Arnold admits that he still financially supports his ex-wife and two daughters, who are unemployed and demanding. Arnold owns a paintball arena, and introduces Gloria to the sport.
Gloria introduces Arnold to her family at Peter's birthday party, her two children and ex-husband, Dustin (Brad Garrett), as well as his wife. During a toast, Gloria unwittingly reveals that Anne is pregnant; the father is a Swedish wave rider and she plans to move to Sweden. As they look at family photos, including from Gloria's and Dustin's wedding, Arnold feels uncomfortable, silently leaving. When she realizes he has left, everyone looks for him in a panic before giving up. Gloria leaves embarrassed.
Arnold repeatedly calls her, and finally catches up with her as she is leaving work. He attempts to justify his sudden exit from the party, but when he again mentions his daughters' calls, she tells him to grow a pair. She tries to give him his paintball guns back but he refuses, so she drives away with them.
Gloria's crazy neighbor leaves his marijuana on her doorstep one night, and, impulsively, she smokes it and goes dancing. The next day, she drives Anne to the airport for her trip to Sweden, tearfully accepting her daughter is grown up. Soon after, Gloria is told by the doctor she will have to take prescription eyedrops for the rest of her life for her failing eyesight.

Who plays who in the Gloria Bell movie cast?

Here is the full cast and characters of "Gloria Bell" movie. Actors and actresses are sorted mostly in credits order.

"Gloria Bell" movie is rated "R", according to the MPAA film rating system.

What are critics and audiences saying about Gloria Bell movie?

"Gloria Bell" movie got high rating from critics. IMDB rating is 6.3/10. Rotten Tomatoes rating is 91/100. But the audience dislikes the film.

More information and reviews on "Gloria Bell" movie you can get on the following websites.