Here are "The Silence" movie trailer, plot summary, full cast and characters, release date, streaming services and everything we know so far.

Is there a trailer for The Silence movie?

Netflix on Friday, March 29, 2019 released the trailer for "The Silence" you can watch here:
The Silence | Official Trailer | Netflix. 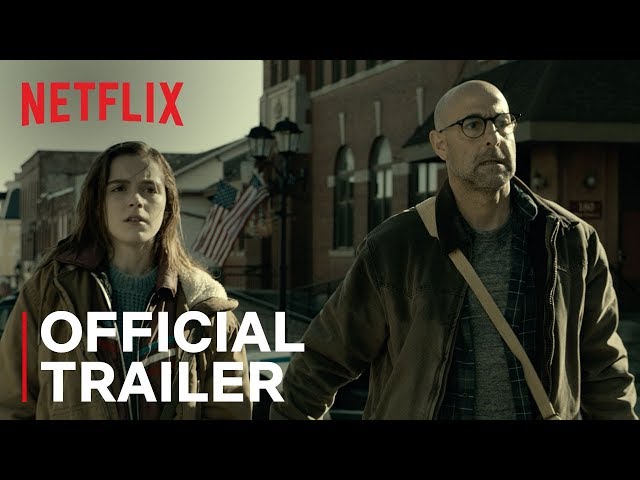 What is The Silence movie plot?

Here is a short review of "The Silence" movie plot summary.

A cave research team unearths an unknown species of pterosaur-like creature, referred to as "vesps", from a mine. The vesps violently kill the researchers, fly out of the mine, and seek the noisiest areas.
Ally Andrews (Kiernan Shipka), a teenage girl who lost her hearing in a car accident, lives with her parents Hugh (Stanley Tucci) and Kelly Andrews; her maternal grandmother Lynn (Kate Trotter), who has terminal lung cancer; her brother Jude; and a pet dog. As news of the vesp outbreak spreads, the U.S. government declares a state of emergency and asks people to stay indoors and quiet. Ally suggests they head to the countryside, which is likely to be quieter. Glenn (John Corbett), Hugh's best friend, joins them and brings his guns. They set out in two cars, but a man tries to hijack Hugh's car. Glenn shoots the man in the leg, and they drive away.
The group hits a massive traffic jam, blocking all the interstates, and Glenn goes off-road. Speeding through the countryside, Glenn's car hits a herd of fleeing deer and tumbles down the embankment. He survives but is trapped in the car. Hugh and Kelly fail to free him, and Glenn asks Hugh to leave. As the Andrews family returns to their car, their dog barks, attracting the vesps. Glenn fires his gun, leading them away from the Andrews and sacrificing himself. To keep his family safe, Hugh is forced to let their dog out of the car to die.
Hugh leads his family on foot after setting Glenn's car on fire as a decoy. Lynn struggles to keep up, and her coughing puts the family at risk. The family finds a house with a high fence and locked gate. The homeowner, unaware of the situation, comes out and speaks and the vesps rip her apart. The family uses a storm drain to enter the house. A rattlesnake scares Jude, and he yells. Attracted vesps bite Kelly's leg. Hugh distracts them by turning on a woodchipper, crushing the vesps flying into it, and the family enters the house.

Who plays who in the The Silence movie cast?

Here is the full cast and characters of "The Silence" movie. Actors and actresses are sorted mostly in credits order.

When is The Silence movie release date?

What are The Silence filming details?

What are critics and audiences saying about The Silence movie?

More information and reviews on "The Silence" movie you can get on the following websites.

The Silence on IMDB is available at:

The Silence on Wikipedia is available at: