Here are "Angel Has Fallen" movie trailer, plot summary, full cast and characters, release date, streaming services and everything we know so far.

Is there a trailer for Angel Has Fallen movie?

Lionsgate Movies on Thursday, May 16, 2019 released the trailer for "Angel Has Fallen" you can watch here:
Angel Has Fallen (2019 Movie) Official Trailer - Gerard Butler, Morgan Freeman. 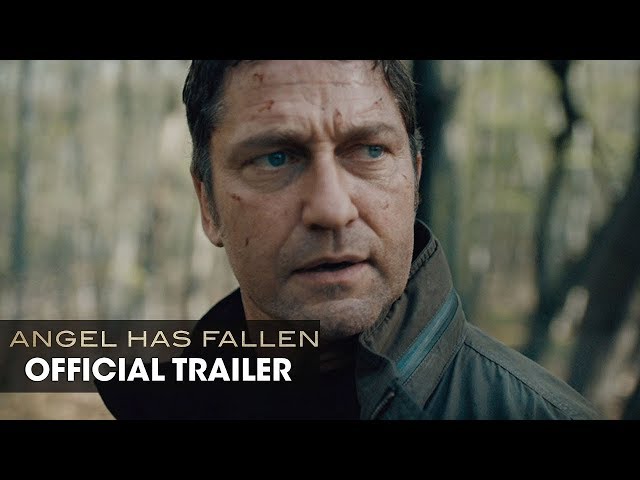 What is Angel Has Fallen movie plot?

Here is a short review of "Angel Has Fallen" movie plot summary.

Secret Service agent Mike Banning (Gerard Butler) undergoes training at a military facility in Virginia, owned by his former Army Ranger commanding officer Wade Jennings (Danny Huston), now CEO of private military company Salient Global. He is recommended for the position of Secret Service Director by President Allan Trumbull (Morgan Freeman), to replace retiring Director David Gentry (Lance Reddick), but hides the fact that he suffers from migraines and insomnia and takes painkillers to cope with chronic back pain from previous combat injuries.
While Trumbull is on a private fishing trip at Queen's Lake in Williamsburg, Virginia, a swarm of armed drones attack and overwhelm his protection detail, with only Banning surviving and saving the president. Both men are incapacitated, but Banning recovers while Trumbull is left in a coma. FBI special agent Helen Thompson (Jada Pinkett Smith) is presented with falsified evidence implicating Banning in the attack, leading to his arrest. En route to a detention facility, Banning's transport is ambushed, but he escapes after killing the assailants and unmasking them as mercenaries from Salient Global with whom he partook in the training exercise. Realizing that Jennings has betrayed and framed him, he calls his wife Leah (Piper Perabo), letting her know he is alive and determined to expose the real perpetrator. The call alerts Thompson to his location, leading to a car chase by numerous police officers. Banning escapes and reaches his father's cabin in the backwoods of White Hall, West Virginia.

Who plays who in the Angel Has Fallen movie cast?

Here is the full cast and characters of "Angel Has Fallen" movie. Actors and actresses are sorted mostly in credits order.

When is Angel Has Fallen movie release date?

What are Angel Has Fallen filming details?

"Angel Has Fallen" movie is rated "R", according to the MPAA film rating system.

What are critics and audiences saying about Angel Has Fallen movie?

"Angel Has Fallen" movie got average rating from critics. IMDB rating is 6.4/10. Rotten Tomatoes rating is 39/100. Audiences polled by CinemaScore gave the film an average grade of "A-" on a scale ranging from A+ to F.

More information and reviews on "Angel Has Fallen" movie you can get on the following websites.

Angel Has Fallen on IMDB is available at:

Angel Has Fallen on Wikipedia is available at: