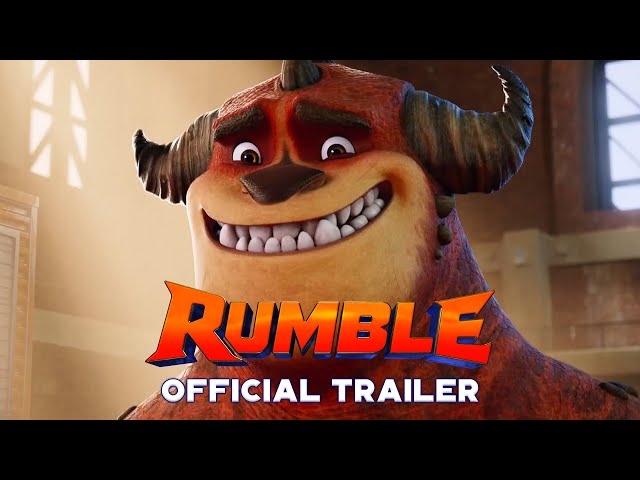 In a world where giant monsters and humans collide, the monsters are superstar athletes and compete in a popular professional wrestling global sport called Monster Wrestling. Cities have their own monsters and the new monster for Stoker upon Avon is Tentacular (Terry Crews).
During the championship match between Tentacular and King Gorge (Chris Eubank), the current champion, Winnie (Geraldine Viswanathan) notices that Gorge always licks his lips before attacking. She is able to tell Tentacular this information, allowing him to become the new world champion. Right after, Tentacular tells the town of Stoker he is leaving and will no longer be fighting for them. During a town meeting, the townspeople are told that if they don't have a monster fighting for them, they will lose the stadium and all the money it generated.
Winnie decides she must find a new monster to represent the town and goes to an underground fight arena to search. Every fighter rejects her offer until she realizes the son of her father's monster, Rayburn, is fighting under the name "Steve". She interferes in his match and ends up causing Steve (Will Arnett) to win instead of lose, as the boss of the underground arena wanted. Steve is confronted by the arena's owner and threatened unless he can get the owner back the money she just lost.
Winnie tells Steve she can help him get the money by training him to fight Tentacular and realizing he has no other way to make the money, he agrees to be trained. Steve initially blows off training telling Winnie to get him a match and he'll take care of it. Steve attempts to take a fall like normal but then Winnie tells him unless he wins, he won't get paid. Steve attempts to evade his opponent as he is only used to fake wrestling matches and has never been hurt in a real match. He ends up winning only because he tires out his opponent by running away.

Who plays who in the Rumble movie cast?

What are Rumble filming details?

"Rumble" movie is rated "PG", according to the MPAA film rating system.

What are critics and audiences saying about Rumble movie?

"Rumble" movie got average rating from critics. IMDB rating is 5.9/10.