Here are "Rim of the World" movie trailer, plot summary, full cast and characters, release date, streaming services and everything we know so far.

Is there a trailer for Rim of the World movie? 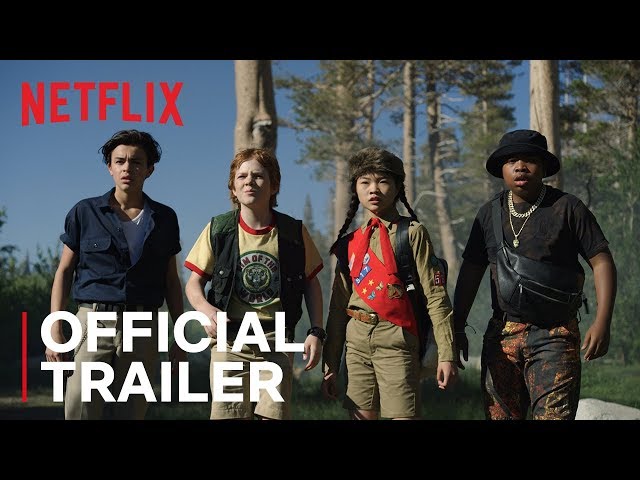 What is Rim of the World movie plot?

Here is a short review of "Rim of the World" movie plot summary.

Alex (Jack Gore), a socially reclusive boy who recently lost his father in a fire, reluctantly attends a summer camp in southern California called "Rim of the World". He meets two other "misfits" - Zhen Zhen, an initially mute, adorable orphan girl from China, and Dariush (Benjamin Flores Jr.), an outspoken boy from a rich family. One afternoon, while in a lake, Zhen Zhen wanders off into the woods, looking for the lookout point she had seen on a camp poster, while Alex attempts to follow. He comes across Dariush, who happens to be nearby answering the call of nature. Dariush mistakenly tries to 'cure' Alex's fear of heights by making him stand near a cliff edge, and Gabriel (Alessio Scalzotto), a boy they hadn't seen at camp before, intervenes. Zhen Zhen, hearing the commotion, comes back down and meets up with the boys. At that moment, they all receive alarming texts advising they immediately evacuate the area.
While hurrying back, they find out that other campers have left the lake and they witness alien ships invading the valley. The kids head back to the camp, and afterward discover the camp to be empty of people - all except for Conrad (Tony Cavalero), a camp counselor. Suddenly, a Dragon spacecraft fleeing the International Space Station lands heavily nearby. The dying astronaut inside the spacecraft gives Alex a key, with instructions that it should be taken to NASA's Jet Propulsion Lab (JPL) facility in Pasadena, and that it was the only way to destroy the aliens. An alien appears with its "dog" and kills the astronaut. Alex and his friends try to hide out and Conrad gets killed, but the kids manage to elude the aliens and escape the camp.

Who plays who in the Rim of the World movie cast?

Here is the full cast and characters of "Rim of the World" movie. Actors and actresses are sorted mostly in credits order.

When is Rim of the World movie release date?

"Rim of the World" movie release date was scheduled to be on May 24, 2019 distributing by Netflix.

What are Rim of the World filming details?

What are critics and audiences saying about Rim of the World movie?

More information and reviews on "Rim of the World" movie you can get on the following websites.

Rim of the World on IMDB is available at:

Rim of the World on Wikipedia is available at: