Here are "Then Came You" movie trailer, plot summary, full cast and characters, release date and everything we know so far.

Is there a trailer for Then Came You movie?

Voltage Pictures on Monday, December 17, 2018 released the trailer for "Then Came You" you can watch here:
Then Came You - Official Trailer - 2018 Comedy Movie HD. 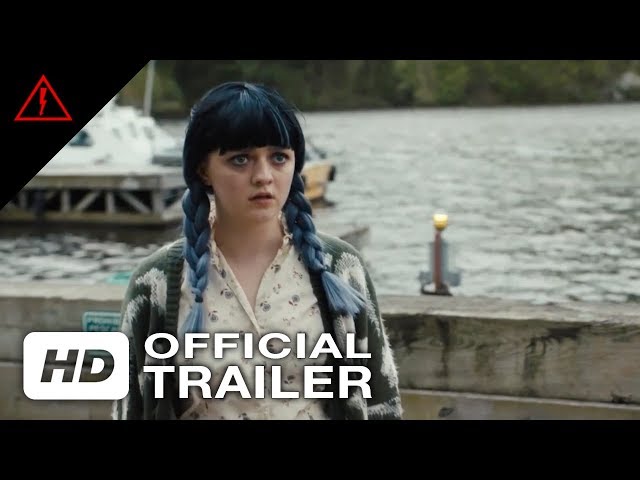 What is Then Came You movie plot?

Here is a short review of "Then Came You" movie plot summary.

Skye (Maisie Williams) Aitken is a teenage girl who is told she has reached the final stages of her cancer and has little time left. Calvin Lewis (Asa Butterfield) is a young man working as a baggage handler at the airport alongside his father and elder brother Frank (Tyler Hoechlin). At work, Calvin has a crush on Izzy (Nina Dobrev), a flight attendant, but has difficulty talking to her. Calvin struggles to interact with others since he has a constant fear that he is dying. His doctor thinks he's a hypochondriac, though Calvin denies it, and advises him to go to a support group for those with cancer to gain a different perspective.
At the meeting, Calvin encounters Skye, who immediately shows an interest in him. Although he tries to explain to Skye that he doesn't have cancer, they quickly become friends and Calvin offers to help Skye finish her list of things to do before she dies. Initially annoyed with her blunt, unpredictable behavior, Calvin eventually confesses that he enjoys being her friend and misses her when she's not around. Skye goes to a high school party with Calvin, where she sees one of her friends make out with Will (Angel Valle Jr.), a guy whom she has a crush on. As Calvin and Skye begin to spend more time together, Calvin slowly overcomes his fear of dying.
Skye manages to set up a date for Calvin with Izzy, during which she falsely informs Izzy that Calvin also has cancer. Izzy then begins to show more interest in Calvin, and the two begin dating. Skye reveals to Calvin that she has always been aware that Calvin does not have cancer, even so, Calvin hesitates to tell Izzy the truth as he is worried that she only likes him because she thinks he has cancer. Skye learns from Lucy, Calvin's sister-in-law, that his mother "shut down" after the death of his twin sister in a car accident when they were 8 years old while their mother was driving. Calvin finally admits to Izzy on a date that he doesn't have cancer, but she breaks up with him because she is hurt that he lied to her. Skye decides to lose her virginity to Will.

Who plays who in the Then Came You movie?

Here is the full cast and characters of "Then Came You" movie. Actors and actresses are sorted mostly in credits order.

When is Then Came You movie release date?

What are Then Came You filming details?

What are critics and audiences saying about Then Came You movie?

"Then Came You" movie got high rating from critics. IMDB rating is 7/10. Rotten Tomatoes rating is 59/100. The audience also likes the film.

More information and reviews on "Then Came You" movie you can get on the following websites.

Then Came You on IMDB is available at:

Then Came You on Wikipedia is available at: