Here are "Loro" movie trailer, plot summary, full cast and characters, release date and everything we know so far.

Is there a trailer for Loro movie?

IFC Films on Monday, July 01, 2019 released the trailer for "Loro" you can watch here:
Loro - Official Trailer I HD I IFC Films. 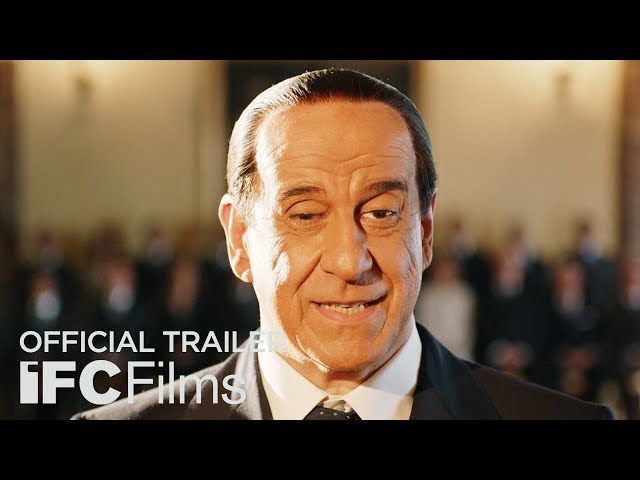 What is Loro movie plot?

Here is a short review of "Loro" movie plot summary.

«Act 1»:
Sergio Morra (Riccardo Scamarcio) is a young businessman from Taranto who manages small-scale trafficking of young escorts which he uses to bribe local politicians and obtain licenses outside normal procedures. Sergio has a relationship with Tamara (Euridice Axen), an irresponsible young mother unscrupulous just like him, who helps him in his trafficking. The two decide to go to Rome, since Sergio wants to get close to power and aims to reach Silvio Berlusconi (Toni Servillo).
Once in Rome, Sergio meets the mysterious Kira (Kasia Smutniak), known as the Queen Bee because of her direct relation with Berlusconi. Meanwhile, Tamara becomes acquainted with former minister Santino Recchia (Fabrizio Bentivoglio). She flirts with the politician in order to help Sergio make contact with Berlusconi. Recchia wants to replace Berlusconi as leader of the centre-right coalition and asks deputy Cupa Caiafa (Anna Bonaiuto) if she is going to support him in the challenge of the party secretariat.
Sergio manages to gather many young escorts and rents an imposing villa in Sardinia that borders with Berlusconi's summer residence in order to get noticed by him. But Berlusconi is having a very difficult time: alone with his wife Veronica Lario (Elena Sofia Ricci), Berlusconi tries to engage her attentions, but Veronica is now very icy towards him. Diamonds, jokes or a song by the trusted Mariano Apicella (Giovanni Esposito) are not enough to warm Veronica up again, that claims back her dignity.
Forza Italia is no longer in government and Berlusconi, left without government offices, has nothing to do, since his family businesses are now controlled by his children. One day, Recchia comes to Berlusconi pleading for help, since Tamara is blackmailing him, asking more money for Sergio, otherwise she will reveal that Recchia is betraying his wife. Berlusconi at first shows himself (Fabio Concato) willing, but then he furiously reveals that he has known that Recchia wants to replace him. Then Berlusconi goes to Rome, telling Veronica that he is involved in political commitments, but he is actually participating in a fashion event with Noemi Letizia (Pasqualina Sanna), a young and uninhibited girl.

Who plays who in the Loro movie?

Here is the full cast and characters of "Loro" movie. Actors and actresses are sorted mostly in credits order.

When is Loro movie release date?

What are Loro filming details?

What are critics and audiences saying about Loro movie?

More information and reviews on "Loro" movie you can get on the following websites.

Loro on IMDB is available at:

Loro on Wikipedia is available at: