Is there a trailer for Rattlesnake movie? 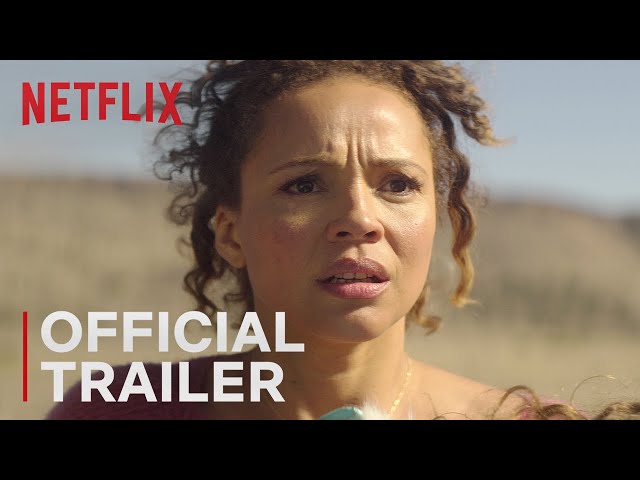 What is Rattlesnake movie plot?

Here is a short review of "Rattlesnake" movie plot summary.

Katrina's daughter, Clara has been bitten by a rattlesnake where Katrina (Carmen Ejogo) meets a mysterious woman in a trailer who says she'll help. The bite appears to have vanished and when Katrina takes Clara to the hospital, it seems that everything is fine.
The doctor suggests it was just a hallucination. A mysterious man visits Katrina at the hospital to talk about her "payment" for Clara's recovery, declaring her soul was spared and must be repaid; the only conditions being that the soul Katrina takes must be human, and it must be paid on time. He gives her until sunset to repay the debt, otherwise Clara will die from the rattlesnake bite. Katrina doesn't initially believe it, but when she goes back to the desert road, the trailer has disappeared and she sees a trucker with a missing eye, warning that Clara is going to die.
Katrina discovers that the city of Tulia, Texas where she's ended up has been linked to a series of brutal murders and mysterious disappearances. Any time there's a photo or video of the crime scene, there's a mysterious shadowy figure in the background.
The guy who visited her at the hospital is actually a lawyer who was fatally stabbed by a school teacher with the teacher saying "a soul for a soul" as he stabbed the lawyer, while a creepy kid who spooks Katrina actually went missing back in 2010. After an aborted attempt to kill a dying old man in the hospital, Katrina sets her sights on Billy (Theo Rossi), an abusive boyfriend she sees criticising his girlfriend in a bar.
She breaks into their home and forces Billy to drive to a remote canyon in the desert. Before Katrina can kill him, though, he fights back and runs away. With time running out before sunset, Katrina prepares to kill herself, but as she films a goodbye message to Clara, Billy hits her with a rock and she blacks out.

Who plays who in the Rattlesnake movie?

Here is the full cast and characters of "Rattlesnake" movie. Actors and actresses are sorted mostly in credits order.

When is Rattlesnake movie release date?

"Rattlesnake" movie release date was scheduled to be on October 25, 2019 distributing by Netflix.

What are Rattlesnake filming details?

What are critics and audiences saying about Rattlesnake movie?

More information and reviews on "Rattlesnake" movie you can get on the following websites.

Rattlesnake on IMDB is available at:

Rattlesnake on Wikipedia is available at: