Here are "The Kid" movie trailer, plot summary, full cast and characters, release date, streaming services and everything we know so far.

Is there a trailer for The Kid movie? 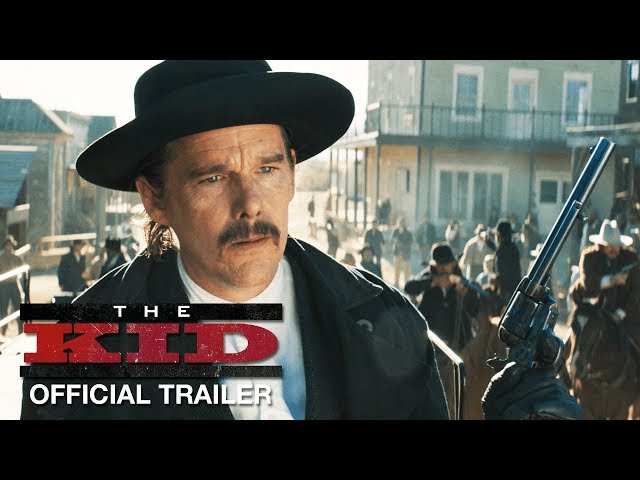 What is The Kid movie plot?

Here is a short review of "The Kid" movie plot summary.

Young Rio Cutler (Jake Schur) kills his drunk father one night in an unsuccessful attempt to save his mother from being beaten to death. His uncle Grant Cutler (Chris Pratt) hears the gunshot, enters the house, and furious over his brother's murder, he attacks the boy. Rio stabs him in the face with a shard of glass and he and his sister Sara (Leila George) escape. She steals a horse and they take shelter in an abandoned shack; they intend to meet their mother's friend in Santa Fe.
When they wake, they are greeted by Billy the Kid (Dane DeHaan) and his gang. Rio shows a picture of his mother to Billy, who reveals that he too killed his father in defence of his mother. When one of the gang goes outside to check on the horses, he is shot by Sheriff Pat Garrett (Ethan Hawke) and the posse who have the gang trapped in the shack. A gunfight ensues, and Garrett's posse takes the gang prisoner. Sara warns Rio not to go outside, fearing he will be hanged if he reveals he killed their father. Seeing this as a chance to get safely to Santa Fe, Rio runs outside anyway. Garrett begins to question Rio and Sara; they tell him that their mother died and while travelling to Santa Fe, they were separated from their father. Garrett seems suspicious, but takes them along.
The posse stops at a Mexican ranch where Billy sees his lover and promises to return. While Billy antagonises Garrett during dinner, Rio slips him some butter to escape from his wrist shackles and Billy threatens to kill a deputy, if not set free. Garrett produces a gun and threatens to shoot gang member Dave Rudabaugh (Chad Dashnaw), who Billy is still shackled to at the ankle. With no escape possible, the situation is defused. Later, Garrett tells Rio about the first man he killed and asks him if he has anything he wants to tell him, but Rio says no.

Who plays who in the The Kid movie cast?

Here is the full cast and characters of "The Kid" movie. Actors and actresses are sorted mostly in credits order.

When is The Kid movie release date?

What are The Kid filming details?

"The Kid" movie is rated "R", according to the MPAA film rating system.

What are critics and audiences saying about The Kid movie?

"The Kid" movie got average rating from critics. IMDB rating is 5.9/10. Rotten Tomatoes rating is 44/100. But the audience likes the film.

More information and reviews on "The Kid" movie you can get on the following websites.

The Kid on IMDB is available at:

The Kid on Wikipedia is available at: