Is there a trailer for Mank movie? 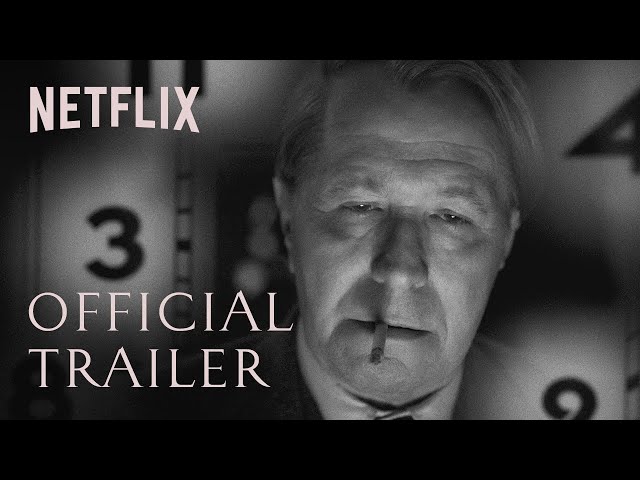 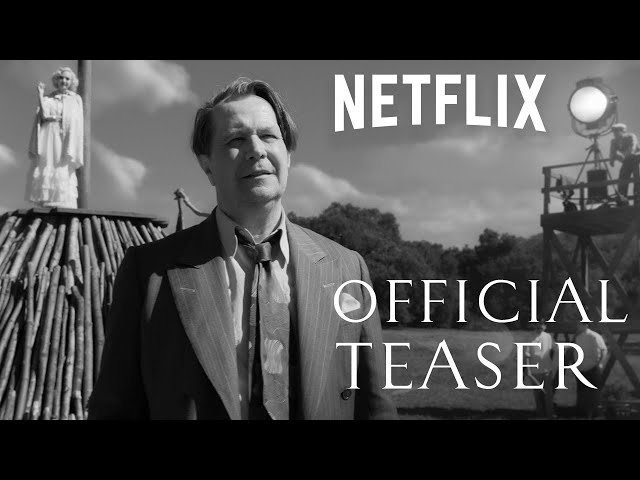 What is Mank movie plot?

Here is a short review of "Mank" movie plot summary.

In 1940, Orson Welles (Tom Burke) is given complete creative freedom for his next project by RKO. For the screenplay, Welles recruits Herman (Gary Oldman) J. Mankiewicz, who is in Victorville, California, recovering from a broken leg he sustained in a car crash. Herman dictates the script to his secretary, Rita Alexander (Lily Collins), who notices similarities between the main character and William Randolph Hearst (Charles Dance). Producer John Houseman (Sam Troughton) is concerned about Herman's dense, nonlinear screenplay, while Herman's brother Joseph worries that it may anger the powerful Hearst.
In 1930, Herman visits an MGM location where he and the female lead, Marion Davies (Amanda Seyfried), recognize each other. She introduces him to Hearst, her benefactor and lover, who takes a liking to Herman. In 1933, Herman and his wife Sara attend Louis B. Mayer's birthday party at Hearst Castle with many Hollywood bigwigs. They discuss the rise of Nazi Germany and the upcoming gubernatorial election, in particular candidate Upton Sinclair (Bill Nye). Herman and Marion go for a stroll, where they bond over discussions on politics and the film industry.
In 1940, Houseman grows impatient over Herman's lack of progress. Rita is also concerned with the timing of the writing, as well as Herman's alcoholism. Herman eventually finishes the screenplay in time. Houseman is impressed but reminds Herman that he will receive no credit for his work.
In 1934, Herman and Joseph begin working at MGM under Mayer. Studio executives, including Irving Thalberg (Ferdinand Kingsley), actively work against Sinclair's gubernatorial campaign. The studio produces propaganda films for a smear campaign, funded by Hearst, against Sinclair. Herman approaches Marion to get the films pulled, but is unsuccessful as she has already left the studio for Warner Brothers. Herman and Sara later attend an election night watch party at the Trocadero Nightclub, where Mayer announces the winner, Frank Merriam. Herman's colleague, director Shelly Metcalf (Jamie McShane), shoots and kills himself after being diagnosed with Parkinson's disease and guilt-ridden over his role in the smear campaign, in spite of personally supporting Sinclair.

Who plays who in the Mank movie cast?

Here is the full cast and characters of "Mank" movie. Actors and actresses are sorted mostly in credits order.

When is Mank movie release date?

"Mank" movie release date was scheduled to be on November 13, 2020 (United States) distributing by Netflix and The Searchers.

What are Mank filming details?

"Mank" movie is rated "R", according to the MPAA film rating system.

What are critics and audiences saying about Mank movie?

More information and reviews on "Mank" movie you can get on the following websites.

Mank on IMDB is available at:

Mank on Wikipedia is available at: