Watch the official trailer for The French Dispatch 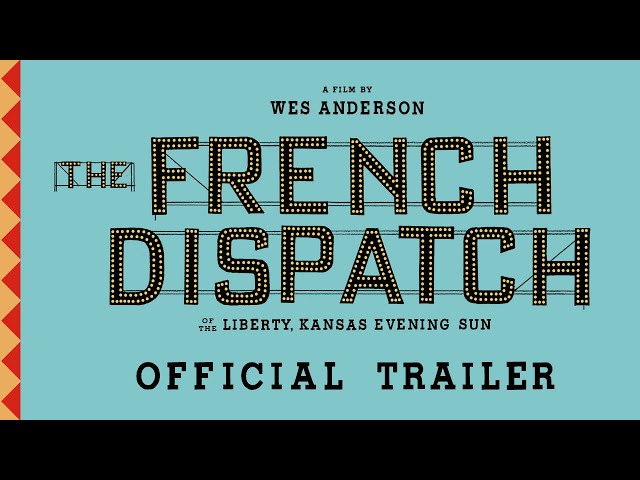 What is The French Dispatch about?

The film has been described as "a love letter to journalists set at an outpost of an American newspaper in a fictional 20th-century French city", centering on three storylines. It brings to life a collection of tales published in the eponymous The French Dispatch, based in the fictional French city of Ennui-sur-Blasé. The film is inspired by Anderson's love of The New Yorker, and some characters and events in the film are based on real-life equivalents from the magazine. One of the three storylines centers on the May 68 student occupation protests, inspired by Mavis Gallant's two-part article "The Events in May: A Paris Notebook". Another storyline, featuring Adrien Brody's character of Julien Cadazio (Adrien Brody), is based on "The Days of Duveen", a six-part feature in The New Yorker on art dealer Lord Duveen.
When speaking to French publication Charente Libre in April 2019, Anderson said: "The story is not easy to explain, It's about an American journalist based in France who creates his magazine. It is more a portrait of this man, of this journalist who fights to write what he wants to write. It's not a movie about freedom of the press, but when you talk about reporters you also talk about what's going on in the real world."

Who's in the The French Dispatch cast?

Here is the full cast and characters of The French Dispatch.

When is The French Dispatch released in cinemas?

What are The French Dispatch film specifications?

The duration of the film is 103 minutes. The film's budget is $25 million.

The film The French Dispatch is rated with "R" rating.

The French Dispatch filming. Principal photography began in November 2018, in the city of Angoulême (South-West France) and wrapped in March 2019.

Other sites about The French Dispatch

More information about The French Dispatch you can get at: