Here are "Survive the Night" movie trailer, plot summary, full cast and characters, release date, streaming services and everything we know so far.

Is there a trailer for Survive the Night movie? 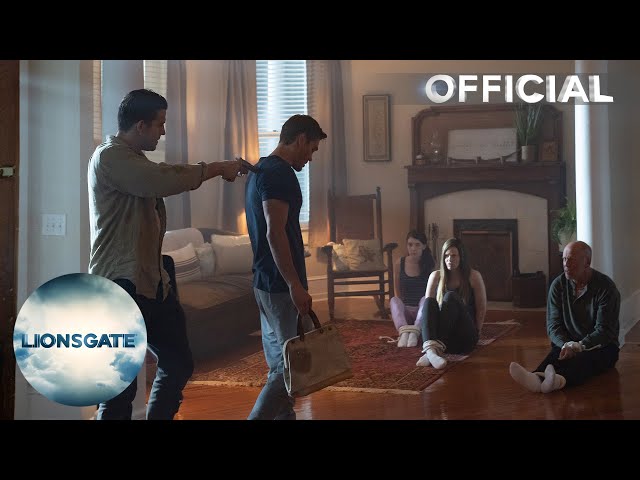 What is Survive the Night movie plot?

Here is a short review of "Survive the Night" movie plot summary.

Two Criminals Jamie (Shea Buckner) and Matthias (Tyler Jon Olson) are involved in the attempted robbery of a garage which goes wrong, Jamie on a spur of the moment attempted to rob the garage and the owner fought back. Jamie shoots a hostage and Matthias gets shot in the leg. They escape but Matthias needs medical attention. A disgraced physician (Chad Michael Murray) is taken hostage along with his family after the two criminals break in the house and demand he remove a bullet from one of the criminal's legs. However, the physician's father Frank (Bruce Willis) finds that his wife had been killed. Rich (Chad Michael Murray) successfully removes the bullet, but Frank sees the opportunity and suddenly picks up the scalpel and cuts Jamie, Jamie then grabs a large kitchen knife and stabs Frank who escapes into the night. Rich threatens to cut Matthias artery with a scalpel, but Jamie shoots him in the shoulder. Matthias is completely incapacitated as Rich hasn't closed the wound, and has only stemmed the blood flow using surgical clamps. In the meantime, Frank has returned to the house to his dead wife, and looking through the window he sees his wounded son. They meet in the garage where Rich instructs Frank on dealing with his gunshot wound. Jamie and Matthias are considering their options. In the morning Jamie decides to go and find the family and kill them. Jan (Lydia Hull) and Riley are together in an outbuilding. Frank and Rich decide to fight back, Rich stuns Jamie in the Garage, and Frank lures Jamie away from the house in the car. Jamie subsequently returns to the house to look for the others. Rich and Jan meet up, but Jamie attacks Rich from behind and knocks him out. When he wakes up he is back in the house, where Jamie forces Rich to complete the operation. Matthias dies during the operation. Meanwhile Frank returns to the house and sets Jan free. Jamie threatens to shoot Rich but Jan stops him, she shoots, misses and runs out of the house, Rich grabs a gun and follows him and fatally shoots him. The family all reunite on the front porch.

Who plays who in the Survive the Night movie cast?

Here is the full cast and characters of "Survive the Night" movie. Actors and actresses are sorted mostly in credits order.

When is Survive the Night movie release date?

What are Survive the Night filming details?

"Survive the Night" movie is rated "R", according to the MPAA film rating system.

What are critics and audiences saying about Survive the Night movie?

More information and reviews on "Survive the Night" movie you can get on the following websites.

Survive the Night on IMDB is available at:

Survive the Night on Wikipedia is available at: