Here are "The Owners" movie trailer, plot summary, full cast and characters, release date, streaming services and everything we know so far. 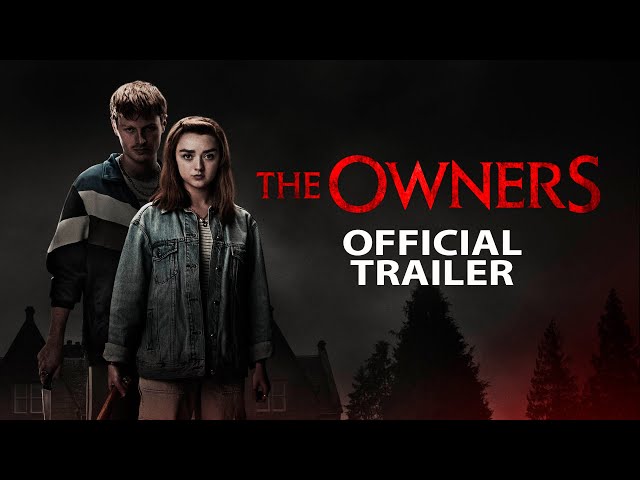 Gaz (Jake Curran), Nathan (Ian Kenny), and Terry (Andrew Ellis) have decided to rob the home of Dr. Richard Huggins (Sylvester McCoy) and his wife Ellen (Rita Tushingham), as it's in the countryside and is said to have a very large safe full of cash. Nathan's girlfriend Mary (Maisie Williams) complicates matters when she arrives to borrow the car, but she is persuaded to come along. She enters the house after the boys fail to access the safe, as she had been waiting for a long while.
Once inside, she tells Nathan that she's pregnant. When the Hugginses return the boys tie the couple up and try to threaten them into opening the safe. In the process Richard recognizes Nathan and Terry from when they were children, causing Nathan to become reluctant to continue the theft. In an attempt to take control Gaz picks a fight with Nathan and stabs him. He then tries to hurt Ellen, only for Mary to kill him with a sledgehammer. As she and Terry untie the couple, Ellen seems to recognize Mary.
Richard tricks Terry and Mary by offering to operate on Nathan and pretending to call for an ambulance. Ellen then secretly drugs Terry, who hallucinates Mary's twin sister Jane, who is missing and presumed to have run away. Mary eventually realizes that they've been tricked. Richard tries to persuade her and Terry to drink tea with them, during which they discuss the untimely death of the couple's daughter, Kate, years prior, as well as the mysterious disappearances of numerous teenage girls in the area. Now aware of the danger the couple poses, Mary tries unsuccessfully to escape. She and Terry make it to the garage, only for Terry to shoot Mary in the back.