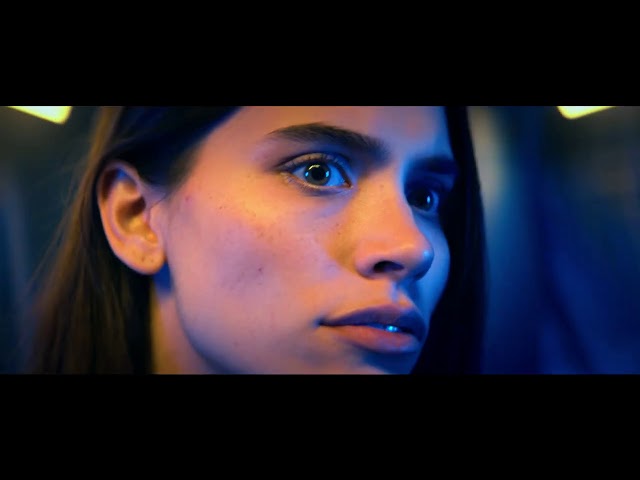 «Prologue»:
In the year 2031, the first colony of Mars is founded. By 2042, the Alliance was formed and quantum propulsion technology allows humanity to travel beyond the solar system. Unfortunately, the Mars colony fails in 2281 and the Alliance controls the three colonies: Earth, Zafdie, and Ellora. Zafdie attempts to secede from the alliance in 2519; James Ford (Bruce Willis), The Blood General, drops a Q (uantum)-Bomb on the rebel colony, killing 70 million people. After learning the horrible atrocity of what Ford did, Dr. Lea Goss (Perrey Reeves) leaves him and he becomes dishonorable discharged from the military. In space, the Sigea are an invasive alien species that invades and conquer other worlds. They can parasitically infect and control their hosts by forcing their victims to ingest a black fluid that turns the host into an agent of Sigea and operate with a hive mind.
«Main Story»:
In the year 2524, the Vander Mining Corp was stationed at planet 4217LYA (Heracles System) when Captain Juda Saule (Eva De Dominici) reports of an alien encounter to the Alliance. On Earth, General Eron Ryle (Frank Grillo) gets the call of the alien contact and wants Dr. Goss and Ford in on the situation. At a local bar, Dash (Corey Large) was meeting with Ford (Bruce Willis) for a job when civilians picked a fight with the Bloody General when Commander Marcus Bleck (Costas Mandylor) appeared. Bleck requested his presence but Ford refused; he relented when Bleck mentioned he'll get reinstatement. At the McMillian Airfield, Dash tags along with Ford and have a meeting with Dr. Goss (Perrey Reeves) and Ryle about what happened in the Heracles System. Survivors of the Vander mining operation were sent to the airfield for debriefing, but Goss raised concerns. The survivors were under Sigea control and started killing security. The soldiers fought back and won, but at the cost of 53 lives. What happened to Vander and their base was considered an attack on humanity and the Alliance is to strike back; IOperation: Cosmic Sin is a go. Ford, Ryle, Goss, Braxton (Brandon Thomas Lee), Bleck (Brandon Thomas Lee), Dash, and Ardene (Adelaide Kane) travels to Ellora by a Quantum Jump Gate to stop the Sigea.

Who plays who in the Cosmic Sin movie cast?

"Cosmic Sin" movie release date was scheduled to be on March 12, 2021 distributing by Saban Films and Paramount Pictures.

What are critics and audiences saying about Cosmic Sin movie?