Is there a trailer for Nightmare Alley movie? 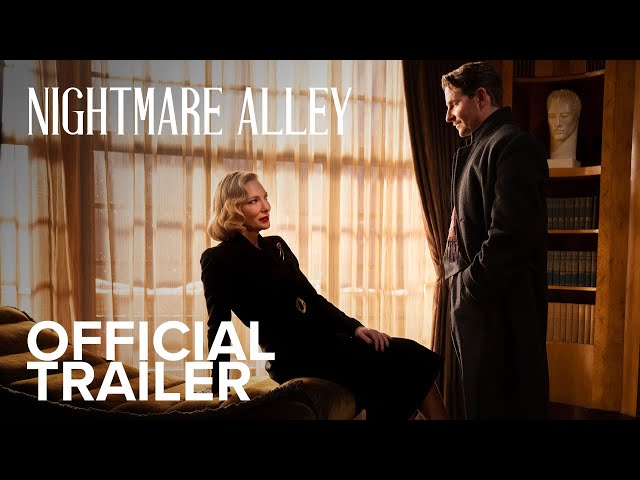 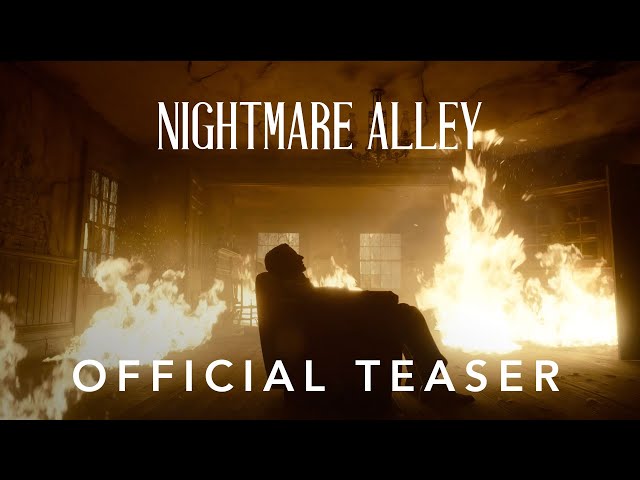 What is Nightmare Alley movie plot?

Stanton "Stan" Carlisle (Bradley Cooper) burns down his midwestern home and takes a job as a carny with a traveling carnival. When the carnival geek becomes sick, carnival owner Clem (Willem Dafoe) enlists Stan to help him dispose of him. Stan is disturbed at how any man could sink to the level of performing as a geek, living in a cage in squalor and biting off the heads of live chickens to appease the crowd. Clem explains that he seeks out alcoholic or drug-addicted men with troubled pasts, and lures them in with promises of a "temporary" job and opium-laced alcohol. He then uses their dependence to physically and mentally abuse them until they sink into madness and depravity, thus creating a new geek. He shows Stan where he stores the moonshine he brews to control some of the carnies, but warns him not to mistake it for the wood alcohol he stores nearby.
Stan works with clairvoyant act "Madame Zeena" and her alcoholic husband, Pete (David Strathairn). Zeena and Pete use cold reading and an ingenious coded language system to make it appear that she has extraordinary mental powers, which Pete begins teaching to Stan. He and Zeena warn Stan not to ever use these skills to continue leading patrons on when it comes to the dead, what they call a "spook show"; they always inform customers afterward that the show is a deception, otherwise people get hurt. Meanwhile, Stan becomes attracted to fellow performer Molly, and approaches her with an idea for a two-person act away from the carnival.
One night, Stan accidentally gives Pete the wrong bottle and the old man dies from consuming wood alcohol. In the aftermath, Stan swears his love to Molly and reiterates his plan to her. She accepts and they leave the carnival behind. Two years later, Stan has successfully reinvented himself as "The Great Stanton", a psychic act for the wealthy urban elite of Chicago, along with Molly as his assistant, using Zeena and Pete's techniques. During a performance, their act is interrupted by psychologist Dr. Lilith Ritter (Cate Blanchett), who attempts to expose their code system. Stan's cold reading allows him to best Ritter, keeping their act safe. He is later approached by the wealthy Judge Harrington, who employed Ritter to test Stan. He is now convinced of Stan's abilities and offers to pay him handsomely to allow him and his wife to communicate with their dead son. Despite Molly's objections to the "spook show," Stan agrees.

Who plays who in the Nightmare Alley movie cast?

Here is the full cast and characters of "Nightmare Alley" movie. Actors and actresses are sorted mostly in credits order.

What are Nightmare Alley filming details?

The duration of the film is 150 minutes.

"Nightmare Alley" movie is rated "R", according to the MPAA film rating system.

What are critics and audiences saying about Nightmare Alley movie?

More information and reviews on "Nightmare Alley" movie you can get on the following websites.

Nightmare Alley on IMDB is available at:

Nightmare Alley on Wikipedia is available at: