Is there a trailer for Monster Hunter movie? 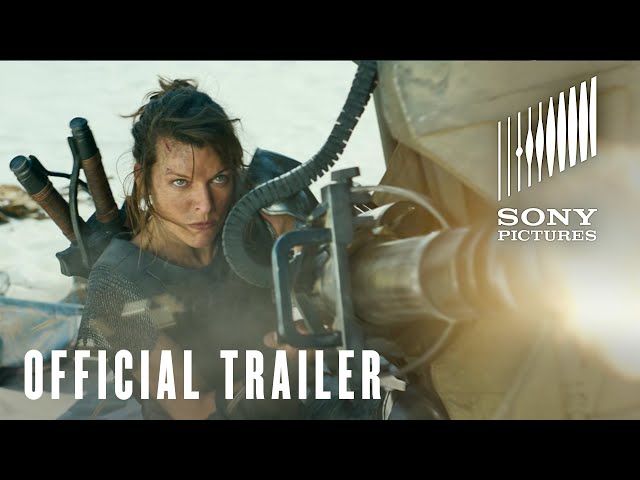 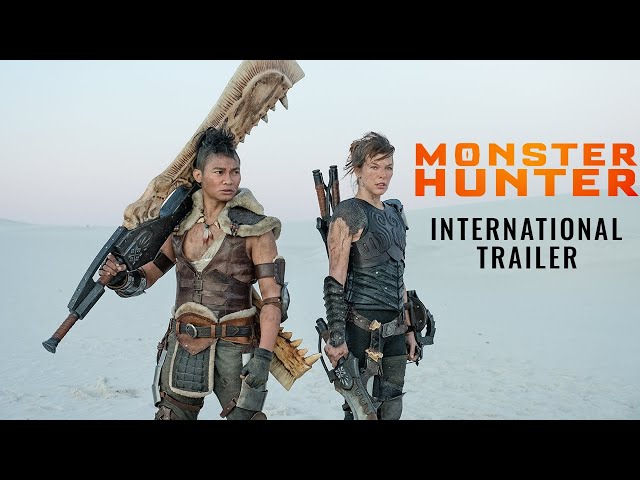 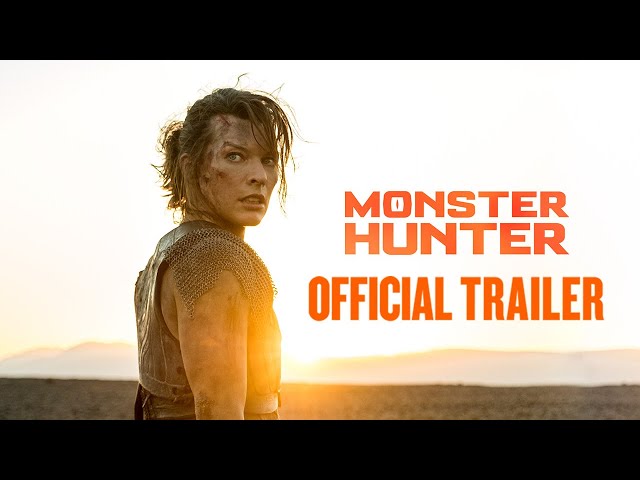 What is Monster Hunter movie plot?

In the "New World" where humans co-exist with a wide variety of large and savage monsters, a Hunter, a warrior trained to hunt and kill these powerful creatures, is separated from his team when their ship is attacked.
In the real world, United States Army Captain Natalie Artemis (Milla Jovovich) and her squad search for a group of missing soldiers in the desert. A sudden storm pulls them into a portal to the New World where they find the remains of the missing soldiers and their vehicles. As a Diablos, a horned, subterranean monster, approaches them, the Hunter, who is observing the group, fires a warning signal. Impervious to bullets and grenades, the Diablos attacks and kills several members of the squad.
The survivors hide in a cave, where they are attacked by a pack of spider-like Nerscyllas. Everyone is killed except for Artemis, who runs into the Hunter while trying to escape. They briefly fight before grudgingly agreeing to cooperate. Artemis learns that the portals are created by the Sky Tower, a structure located across the desert. To reach the Tower, the Hunter reveals they will need to kill the Diablos. Artemis learns how to fight using the Hunter's unique bladed weapons and helps him set a trap for the Diablos to kill it with Nerscylla venom. The attack is successful, with Artemis delivering the finishing blow, but the Hunter is badly wounded. Carrying him on a makeshift stretcher, Artemis dutifully carries him across the desert.
The pair reach an oasis populated with herbivorous tortoise-like creatures called Apceros. The Hunter (Tony Jaa) explains that both his family and the missing soldiers were actually killed by a Rathalos, a dragon-like fire-breathing monster. When the Rathalos flies by and causes the Apceros to stampede, Artemis and the Hunter are rescued by a group of Hunters led by their chieftain called the Admiral. The Admiral (Ron Perlman) explains that the Sky Tower was built by the first civilization to inhabit the New World, using the monsters to protect it. Artemis agrees to help kill the Rathalos so she can return home.

Who plays who in the Monster Hunter movie?

Here is the full cast and characters of "Monster Hunter" movie. Actors and actresses are sorted mostly in credits order.

What are Monster Hunter filming details?

"Monster Hunter" movie is rated "PG-13", according to the MPAA film rating system.

What are critics and audiences saying about Monster Hunter movie?

More information and reviews on "Monster Hunter" movie you can get on the following websites.

Monster Hunter on IMDB is available at:

Monster Hunter on Wikipedia is available at: