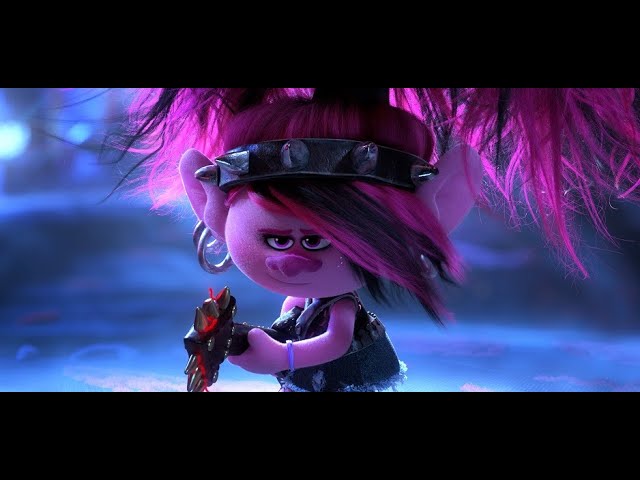 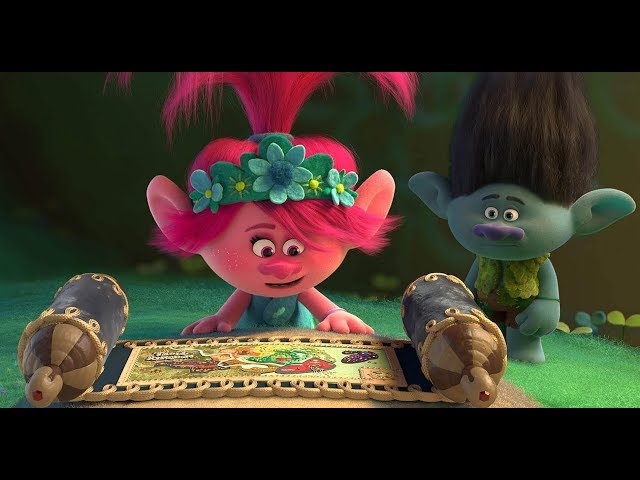 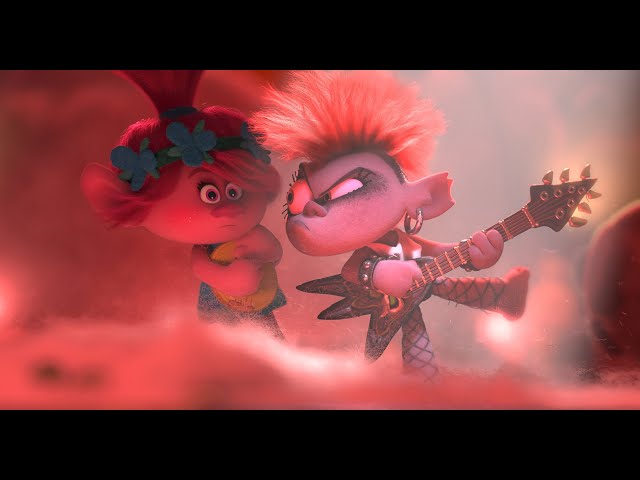 The narrator recaps the events of the first film, then explains that the world of Queen Poppy (Anna Kendrick), Branch (Justin Timberlake), and the other Pop Trolls is about to get a lot bigger. Meanwhile, King Trollex's tribe of Techno Trolls are attending a rave, when Hard Rock Trolls led by Queen Barb (Rachel Bloom) arrive and use weaponized guitars to destroy the stage. Barb demands Trollex (Anthony Ramos) hand over his "string" to her.
Poppy later receives a letter from Barb, inviting her to bring her "string" to unite the trolls. Former King Peppy explains there were once six magical lyre strings that represented major tribes of music - Pop, Hard Rock, Techno, Funk, Classical, and Country. However, the six tribes took their strings and went their separate ways. Peppy, Branch, and the others don't trust Barb's invitation, but Poppy decides to sneak out with her string, to prove Barb is the same as any other troll. Branch (who is trying to confess his love) and Biggie (James Corden) accompany her. At the same time, a giraffe-like Pop Troll named Cooper (Ron Funches) finds old illustrations of trolls his shape, and sets off to find them, eventually getting beamed up into a spaceship.
Meanwhile, Barb sends bounty hunters of smaller music genres to find Poppy, promising to spare the tribe of the successful one. Poppy's group soon discovers the ruins of the Classical tribe's town Symphonyville. A sentient flute, Pennywhistle (Charlyne Yi), tells them that Barb wants to forcefully unite all trolls under Rock. They then head to Lonesome Flats to warn the centaur-like Country Trolls, but Poppy feels their music is too downbeat and decides to try to cheer them up first, despite Branch's reservations. They wind up imprisoned, but are rescued by a smooth-talking Country Troll named Hickory (Sam Rockwell), who builds them a raft to take them to Vibe City to warn the Funk Trolls. They encounter Chaz (Jamie Dornan), a Smooth Jazz troll, who paralyzes them with his music to take the string. Hickory, using gumdrop earplugs to remain immune, drives him off. Biggie deserts the group, angry that Poppy broke her promise to keep him safe.

Who plays who in the Trolls World Tour movie cast?