Is there a trailer for Spenser Confidential movie? 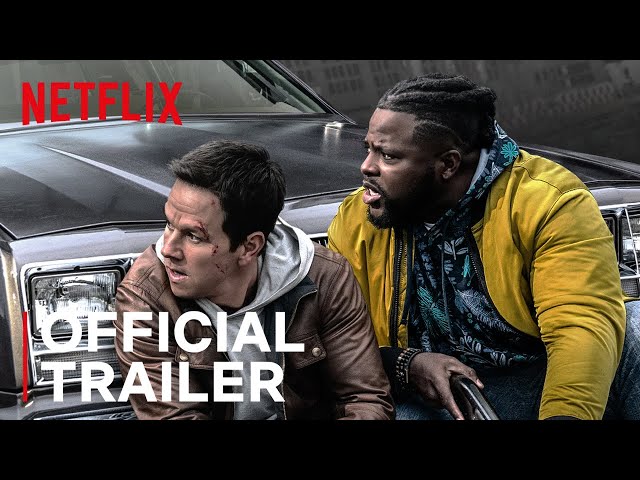 What is Spenser Confidential movie plot?

Boston police officer Spenser (Mark Wahlberg) arrives with his partner, Driscoll (Bokeem Woodbine), to the home of Captain John Boylan (Michael Gaston). While questioning Boylan, Spenser sees Mrs. Boylan's bloody face and beats Boylan. Spenser is brought up on charges, pleads guilty, and is sentenced to prison. While incarcerated, Spenser studies to become a truck driver and is released after serving five years. But shortly before, he is warned to leave Boston and never return. Spenser is met outside by his friend Henry Cimoli (Alan Arkin). They drive to Cimoli's residence, where Spenser is reunited with Driscoll and takes up residence with Henry and his roommate, Hawk (Winston Duke).
Boylan attends a meeting at a bus yard, where an SUV collides with his car. Boylan is dragged from his car and murdered. Detective Terrence Graham (Brandon Scales) is discovered murdered in the same SUV. Spenser and Henry learn about Boylan's death shortly before Driscoll and his partner arrive at the residence to question him about his possible involvement. Henry provides Spenser with an alibi and cites Hawk as another. A news report implicating Detective Graham in Boylan's murder inspires Spenser to investigate the murder due to his acquaintance with Graham and his belief that he was unlikely to commit suicide.
Spenser questions Letitia about the night of the murder, before heading to a police bar where she said Graham had been that night and meeting with Scotty Traylor, Terrence's partner. Traylor confirms Letitia's story that Terrence had suspected Boylan of being dirty. Spenser gains access to the CCTV footage from the store across the street where he observed Terrence getting into a Corvette, while two others got into his SUV and followed him. Spenser visits the bus yard and discovers a toothpick on the ground similar to the ones Driscoll uses. He heads to Driscoll's gym to ask him about the murder. Driscoll attempts to dissuade him away from the case, and denies having been to the crime scene.

Who plays who in the Spenser Confidential movie cast?

Here is the full cast and characters of "Spenser Confidential" movie. Actors and actresses are sorted mostly in credits order.

"Spenser Confidential" movie release date was scheduled to be on March 6, 2020 (United States) distributing by Netflix.

What are Spenser Confidential filming details?

"Spenser Confidential" movie is rated "R", according to the MPAA film rating system.

What are critics and audiences saying about Spenser Confidential movie?

More information and reviews on "Spenser Confidential" movie you can get on the following websites.

You can watch Spenser Confidential online streaming on Netflix:

Spenser Confidential on IMDB is available at:

Spenser Confidential on Wikipedia is available at: