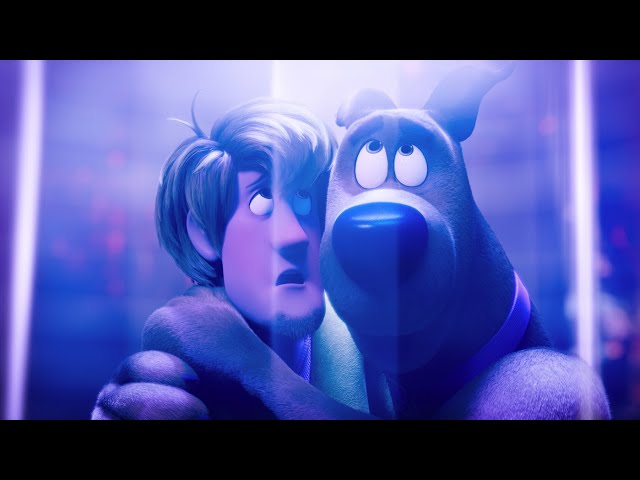 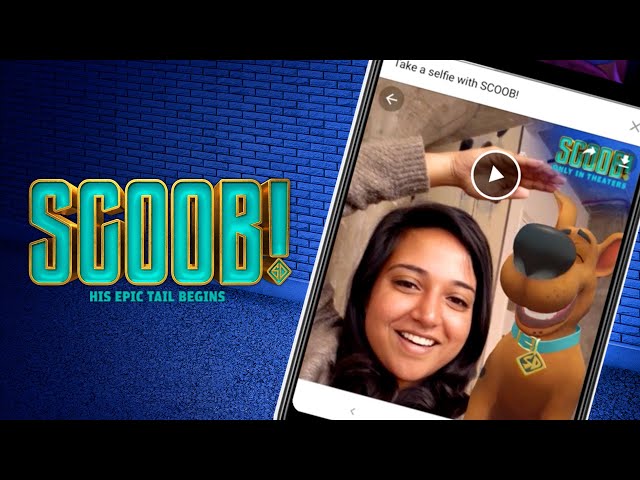 Ten years ago, a young, lonely Shaggy Rogers (Will Forte) befriends and adopts a talking stray Great Dane pup, whom he names Scooby-Doo. On Halloween night, Scooby and Shaggy meet three young detectives named, Fred Jones (Zac Efron), Daphne Blake (Amanda Seyfried), and Velma Dinkley (Gina Rodriguez), before venturing into a haunted house. Inside, the kids encounter a ghost, whom they capture and unmask as costumed thief Mr. Rigby. Inspired by the experience, they decide to form a group, Mystery Inc., to solve mysteries together.
In the present day, Mystery Inc., having solved numerous mysteries, goes into business with entrepreneur Simon Cowell as their investor, but Cowell refuses to do business with Scooby and Shaggy involved. Later that night, Shaggy and Scooby are terrorized at a bowling alley by shape-shifting scorpion robots called Rottens. The pair are rescued by Dee Dee Skyes (Kiersey Clemons), Dynomutt, and Brian (Mark Wahlberg), the son of the masked superhero, Blue Falcon, who has recently retired and passed the mantle to Brian. The Rottens are then revealed to belong to supercriminal Dick Dastardly (Jason Isaacs) who wants to capture Scooby as part of a plan involving the Great Dane's mysterious connection to the supernatural mystery behind Cerberus' three skulls.
Meanwhile, Fred, Daphne, and Velma head off to Dastardly Demolition and investigate what Dick Dastardly wants with Scooby and Shaggy, as they reminisce about the good times they had with Shaggy and Scooby before discovering that the pair are investigating the mystery behind Scooby himself (Simon Cowell) with The Falcon Force, with Dastardly imprisoning the trio. Escaping with help from one of the Rottens, they make contact with Dee Dee, via Dynomutt. Velma explains that she and the others are being taken to Messick Mountain, where the last skull is located. The group then finds out that Dastardly's plan is to open the gates to the Underworld, in order to rescue his dog, Muttley, who was trapped during an attempt to steal the Underworld's riches. Dick Dastardly needs Scooby to unlock the gates, since he is the last remaining descendant of Alexander the Great's favorite dog, Peritas.

Who plays who in the Scoob! movie cast?