Is there a trailer for Copshop movie?

Open Road Films on Thursday, August 05, 2021 released the trailer for "Copshop" you can watch here:
COPSHOP | Official Trailer | Now Playing Only In Theatres!. 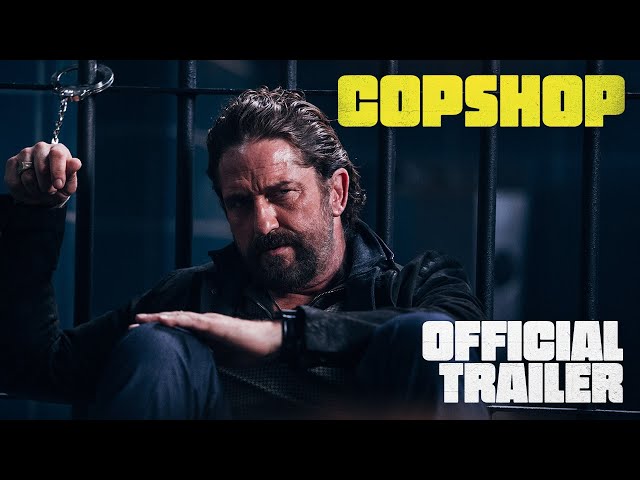 What is Copshop movie plot?

Here is a short review of "Copshop" movie plot summary.

Screaming through the Nevada desert in a bullet-ridden Crown Vic, wily con artist Teddy Murretto (Frank Grillo) hatches a desperate plan to hide out from lethal hitman Bob Viddick: He sucker-punches rookie officer Valerie Young (Alexis Louder) to get himself arrested and locked up in a small-town police station. But jail can't protect Murretto for long. Viddick schemes his own way into detention, biding his time in a nearby cell until he can complete his mission. When the arrival of a competing assassin ignites all-out mayhem, mounting threats force Viddick to get creative if he wants to finish the job and escape the explosive situation.

Who plays who in the Copshop movie cast?

Here is the full cast and characters of "Copshop" movie. Actors and actresses are sorted mostly in credits order.

When is Copshop movie release date?

What are Copshop filming details?

The duration of the film is 107 minutes. The film grossed over $2.6 million.

"Copshop" movie is rated "R", according to the MPAA film rating system.

What are critics and audiences saying about Copshop movie?

"Copshop" movie got high rating from critics. IMDB rating is 6.7/10.

More information and reviews on "Copshop" movie you can get on the following websites.

Copshop on IMDB is available at:

Copshop on Wikipedia is available at: